Australian Open: Only for the vaccinated in the 2022 tournament 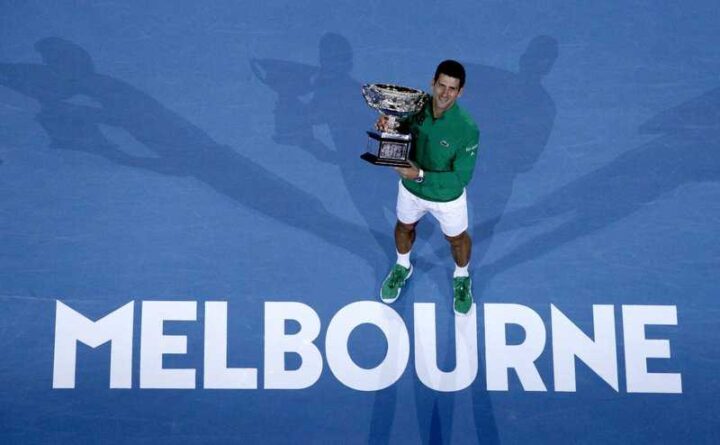 The Prime Minister of Victoria, Daniel Andrews, reiterated his intention not to allow unvaccinated athletes to enter the Australian Open.

Conflicting views prevail in Australia, two and a half months before the scheduled start of the Australian Open 2022, January 17-30.

On Wednesday (27/10), in a new statement, the Prime Minister of Victoria, Daniel Andrews, clarified that his Government will not allow unvaccinated athletes to enter Melbourne, insisting on the position he has expressed in recent weeks, which, however, contradicts the intention of the Prime Minister of Australia, Scott Morrison, who stated that they will be allowed to enter the country.

Morrison said earlier Wednesday that unvaccinated players would be free to play in the first Grand Slam after a two-week quarantine, provided Victoria applied for their licenses.

Apparently, Daniel Andrews is not willing to apply for a special permit for unvaccinated tennis players.

"On behalf of every vaccinated Victorian who has done the right thing, my government will not apply for an exemption for any unvaccinated player," Andrews told reporters.

"If we do not apply for an exemption, then no exemption will be granted and the whole issue has been substantially resolved," he added.

It seems, therefore, that the Australian Open 2022 will be held exclusively for tennis players who have completed their vaccination.

According to professional associations, 70% of ATP and WTA athletes are vaccinated.

Of particular interest is the placement of the defending champion, Novak Djokovic, who is a known vaccine diver and passed the virus, at the beginning of Summer 2020.

The advance payment of the heating allowance of 100 - 750 euros will be seen in their bank account until tomorrow night, the households that had ...
Read more
SPORT CITY

The group stage of the Champions League has been completed and the possible opponents of Olympiacos in the play-offs of the Europa League have been finalized if it finishes in the 2nd ...
Read more