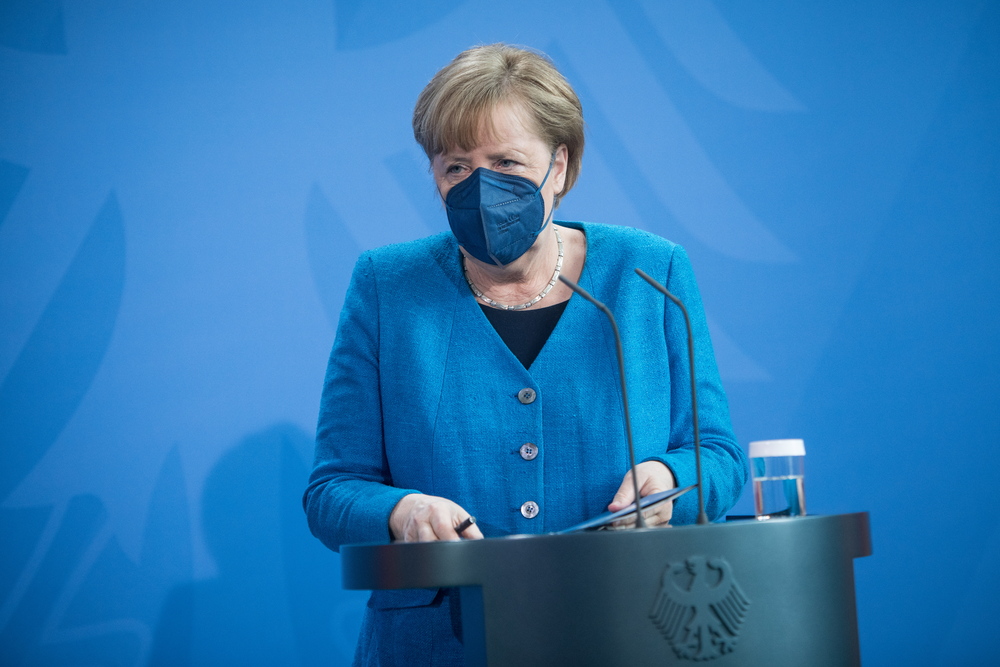 "In the name of our people, thank you." With this phrase, Federal President Frank-Walter Steinmeier handed over the official "dismissal" of her duties as Chancellor to Angela Merkel earlier tonight, as the new legislative term officially began.

Shortly afterwards, however, Mr Steinmeier, as expected, asked Mrs Merkel to remain in office and continue to serve as head of the caretaker government. She, in turn, asked the members of the government to continue to perform their duties until the new government is sworn in.

The Federal President praised the Chancellor as a "defining figure in German history", stressing that during her 16 years in office she experienced many crises, gaining public trust and at the same time international appreciation, respect and even sympathy for Germany. "On behalf of our people, I thank you and wish you all the best for the future," he added.

However, Mr Steinmeier also referred to the previous legislature, noting that "to say that he faced a particularly demanding period is not even close to the tasks he had to fulfill". Above all, he said, the coronavirus pandemic posed enormous challenges for the government. As a second major challenge, the Federal President highlighted the polarization in society, to which he has repeatedly referred in his public statements, especially during the pandemic.

The parties involved in the formation of the government, the Social Democrats (SPD), the Greens, the Liberals (FDP), have since stated that they wish to have completed their talks by December. However, if the new Chancellor is not sworn in by December 17, Angela Merkel will break the record of staying in the Chancellery held by the also Christian Democrat (CDU) Helmut Kohl.