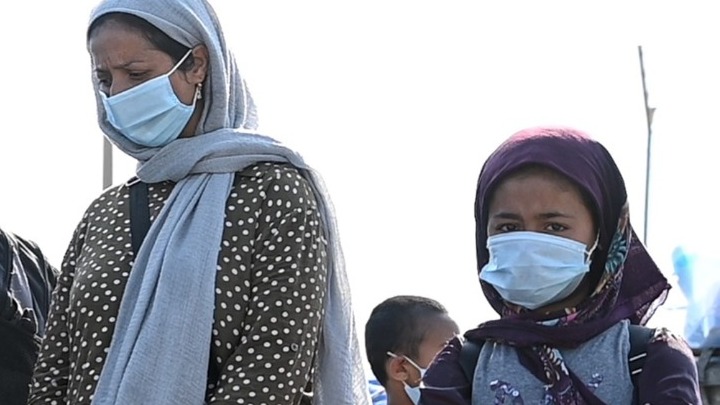 Dozens of women demonstrated briefly in Kabul this morning to denounce the international community's "silence" over the "political, social and economic situation" in Afghanistan, with the Taliban once again blocking journalists from approaching.

Protesters claiming to be members of the "spontaneous activist movement in Afghanistan" held banners reading "Why are people silently watching us die?", "Right to education" and "Right to work".

"Every day poverty spreads, our children die, men no longer have jobs, they commit suicide, people are silent," said Hounsa Sadat, one of the protesters.

"Why and until when do we have to stay imprisoned in our homes? Why does no one listen to us? "Why do women no longer have the right to be active in our society?" She continued.

The rally, originally scheduled to take place near the UN mission in Afghanistan, was moved at the last minute to the entrance to the old "green zone", home to buildings left behind by several Western embassies after the Taliban seized power. in August.

"We are asking the UN Secretary-General to support our rights to education, work (…) We are deprived of these today," said Wahinda Amiri, one of the organizers of the protest.

She was quick to point out that "we have nothing against the Taliban, we just want to demonstrate peacefully."

The Taliban, which controls the area, initially called on protesters and journalists to leave.

About a dozen Taliban militants, some of them gunmen who arrived to reinforce the existing guards, then repulsed the media that had gone to the scene and confiscated the mobile phone used by a local journalist to videotape the rally.

These symbolic protests by women have been a regular occurrence in Kabul in recent weeks.

During the previous demonstration on Thursday, about 20 protesters were allowed to march for an hour and a half, but the Taliban beat many foreign and local journalists who went to cover the event.