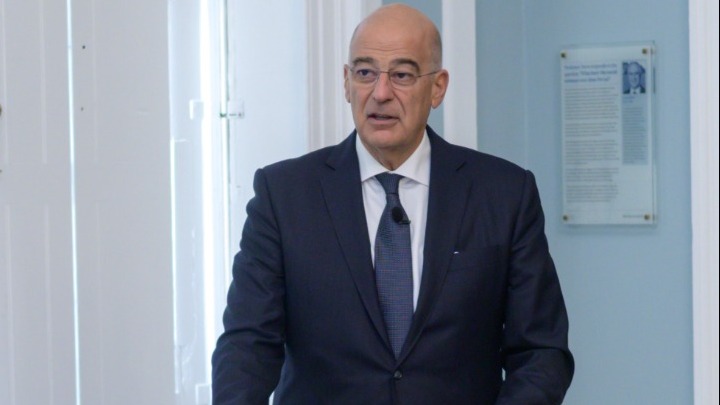 Greece is one of the first countries to sign such a broad framework agreement with the United Kingdom after its withdrawal from the EU. Nikos Dendias with his British counterpart Liz Tras.

This "Strategic Bilateral Framework", as it has been described by the British, has essentially created the basis on which future agreements on almost all bilateral issues can be based. "It covers anything imaginable that interests both countries," said the Greek foreign minister. From defense and security to trade and investment. But also immigration, education, culture, health, tourism, maritime affairs, etc.

Mr. Dendias, in addition to his meeting with his British counterpart, also met with Undersecretary of State for European Affairs Wendy Morton and the parliamentary chairmen of the Parliamentary Committees on Foreign Affairs and Defense, Tom Taggedhat and Tobias Elwood, respectively.

His speech at the RUSI (Royal United Service Institute) diplomatic think tank on the subject was also interesting. "Enhancing security and stability in Europe and the Mediterranean." In it he developed the foreign policy of Greece which, as he said, revolves around five mutually reinforcing concentric circles.

The first concerns Europe. The second is the Middle East and North Africa. The third is the western Balkans. The fourth the US and NATO and the fifth the rest of the world and international challenges such as climate change, immigration, cybercrime, etc.

Referring to Turkey, he described it as a "regional unrest" which, as Mr. Dendias noted, is trying to revive the "neo-Ottoman ghost" by threatening Greece with war if it exercises its sovereign rights. While, as he stressed, our country has chosen a completely different path.

However, it is worth noting, as noted by diplomatic sources, that Greece is aware of the very good relations of the United Kingdom with Turkey, which are a result of the long-standing good trade relations and other interests.

That is why the Greek government, always according to diplomatic sources, considers it of utmost importance the frequent communication with London and the reminder of the stabilizing role that Athens plays in the wider area of ​​the southeastern Mediterranean.