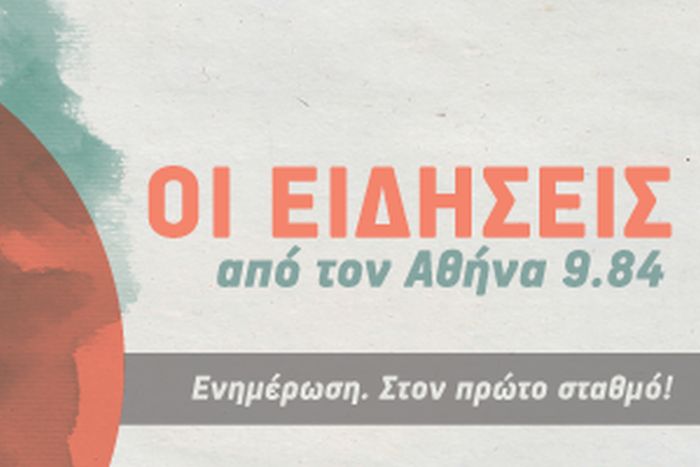 National Mourning Day tomorrow, Wednesday 27 October, the day of the funeral of Fofi Gennimata, who passed away after a long battle with cancer. The political world as a whole expressed his pain and his respect for the bravery and dignity of Fofi Gennimata. The Parliament suspends its activity for the rest of the week, while the student parade of October 27 in Thessaloniki will not take place. The Aristotle University of Thessaloniki is proceeding with the cancellation of its events today and Wednesday, as a sign of mourning for the loss of the President of KINAL.

. The funeral procession will be sung in the Diocese and the burial will take place from the First Cemetery of Athens. From 10:00 on Wednesday morning, the body of Fofi Gennimata will be exhibited in the chapel of the Diocese for a popular pilgrimage. The funeral will be held at the expense of an acting minister and at public expense. The family of the President of KINAL wants money to be deposited in the Ark of the World and in the Child's Smile instead of wreaths.

The commitment of our country to the goal of making Europe the first climate-neutral continent by 2050, pointed out the Prime Minister, Kyriakos Mitsotakis, from the podium of the Summit of the Middle East Green Initiative, in Riyadh, Saudi Arabia. Mr. Mitsotakis highlighted, among other things, the effort of Greece to increase the share of RES, expressing, in fact, the hope that we will be one of the first Mediterranean countries to introduce a specific framework for the production of electricity through offshore wind farms. of parks. According to the Prime Minister, "in total, we aim to mobilize more than 25 billion euros in investments in our effort to achieve the goal of the green transition", with significant support from the EU through the Recovery Fund.

The traffic on the Corinth - Patras highway, at the height of Zevgolatio, in Corinth, was restored after the departure of the Roma group, who were protesting the death of the 20-year-old, who was killed in the bloody incident in Perama. However, another group of people closed the Corinth - Kalamata highway, at the Arfara junction, in Messinia. The traffic of the vehicles is diverted on the old highway, while at the point of the blockade there are Police forces.

. In the meantime, the "green light" for the administration of the third dose of the Moderna vaccine was given by the European Medicines Agency. According to the announcement, it can be administered to people over 18 years of age at least 6 months after the second dose. The Moderna vaccine is the second in the EU to be approved for booster doses, after Pfizer.

A 46-year-old worker died tragically at pier 2 at the Piraeus Container Station, when, under unclear circumstances, he was fatally hit by a crane bridge. DPort Services expresses its pain in an announcement. "It's not the 'bad' moment. It is a result of the intensification of work, the lack of safety measures for our health and our integrity ", the Union of Container Workers at the piers of Piraeus emphasizes in its announcement, asking for 6-hour shifts, abolition of counter shifts, conversion of all contracts into full and Health and Safety Committees by employees. "The working class is mourning another dead man on the altar of profit, this time at Cosco, in the port of Piraeus," the KKE emphasizes.

In the international news… The US demands the immediate restoration of the government that overthrew the army in Sudan, announcing the cessation of financial aid in that country, amounting to 700 million dollars.

Weather: Cloudy with a chance of light rain in the morning, today, in Attica. Winds north northeast 5 to 6 and east up to 7 Beaufort. The temperature will range from 12 to 19 degrees Celsius