Zagari-Ratcliffe case: Her husband goes on hunger strike in Britain 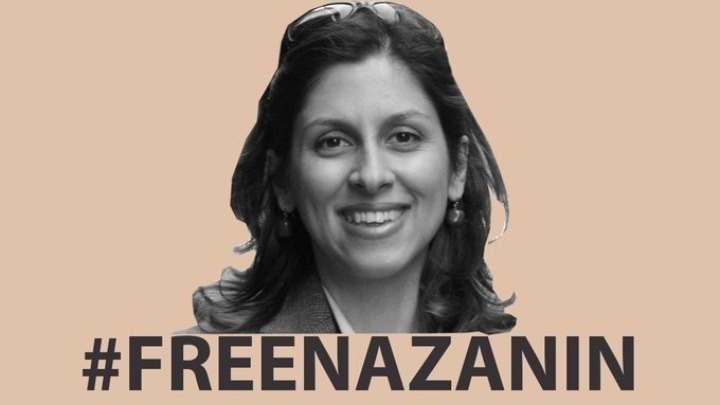 The husband of British-Iranian Nazanin Zagari-Ratcliffe, who has been detained in Iran since 2016, went on a hunger strike in front of the Foreign Office in London on Sunday to denounce the "inaction" of the British government and its "failure" to secure her release. of.

Richard Ratcliffe was to spend the night in a tent under the windows of the Foreign Office, a week after his wife's lawyers' appeal against her most recent conviction was rejected by Iranian justice (24815677).

Ms. Zagari-Ratcliffe, 42, a project manager at the Thomson Reuters Foundation, the charity of the company that also owns the Reuters news agency, was arrested at Tehran International Airport in April 2016 as she was preparing to return to Britain. after a visit to her family. She was convicted of conspiracy to overthrow the Iranian clerical regime, a charge she denied, and was sentenced to five years in prison.

After serving her sentence, she was sentenced again in late April to one year in prison for attending a rally in front of the Iranian embassy in London in 2009.

In mid-October, Ms Zagari-Ratcliffe saw her appeal rejected, which her family feared would mean her return to Evin Prison, where she was released in March 2020 due to the new coronavirus pandemic, and entered booking at home wearing an electronic bracelet.

In a petition posted online that had already garnered more than 3,5 million signatures in support yesterday afternoon, Mr Ratcliffe explained that he was launching a new hunger strike, the second since 2018, to force London to "take responsibility". of".

Although he considers Tehran "the main culprit in the Nazanin case", he accuses the UK authorities of "abandoning" his wife, who he says is being held hostage in a "dispute between the two states" over an old 400 467 million (€ 1979 million) owed by London for refusing to settle after the overthrow of the Shah of Iran in XNUMX.

"Two years ago, I went on a hunger strike in front of the Iranian embassy," he said. Thanks to her, it was ensured that the couple's daughter, Gabriela, who had gone to Iran with her mother and is now 15 years old, "returned home", he adds.