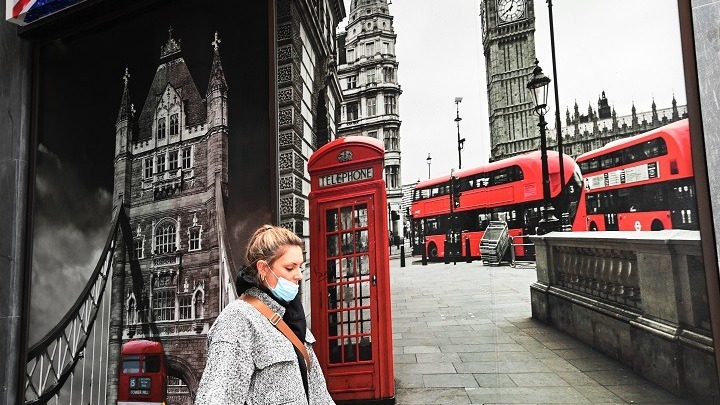 The British health authorities announced yesterday Sunday that in the previous 24 hours 39.962 cases of SARS-CoV-2 were confirmed and 72 patients with COVID-19 died.

This is the heaviest daily pandemic report for any Sunday since the beginning of March.

Officially, the new coronavirus pandemic in the United Kingdom has claimed the lives of 139.533 people out of a total of 8.773.674 reported infections. The death toll includes only patients who died 28 days after being diagnosed with the virus.

8.238 patients with COVID-19 were treated in British hospitals yesterday.

More than 86% of Britons over the age of 12 have received the first dose of the vaccine, while more than 79% have received the second dose, according to the latest data on the immunization campaign. In the previous 72 hours, a "record" was set for the administration of third doses: 800.000 injections were given, of which 325.000+ on Saturday, according to the figures of the National Health Service (NHS).

The head of the World Health Organization said today that the Omicron variant of SARS-CoV-2 that causes Covid-19 seems to be more contagious, but ...
Read more
WORLD

Russia: Warming of Greek-Russian relations after the three-hour Mitsotaki-Putin four in Sochi

The pursuit of the Greek side after the passage of Covid's adventure is, according to information, the investigation of an independent economic relationship between Greece and Russia, mainly ...
Read more
GREECE

myOAEDlive: More than 8.000 digital appointments in the first year of operation

More than 8.000 digital appointments for the remote service of citizens through teleconferencing, took place during the first year of operation of the myOAEDlive platform, according to ...
Read more
984

K. Mitsotakis: Greece will defend its sovereign rights in every way

The issue of the delimitation of the maritime zones in the Aegean and in the Eastern Mediterranean can be solved only in the framework of International Law, the Law ...
Read more
GREECE

Parliament: Tomorrow in Plenary the n / s for the de-ligation - Provision for representation of the Local Government in the investment committees

The Minister of Development and Investment, Adonis Georgiadis, announced in advance an improvement change that will provide for the participation of the Local Government in the Investment Committees. Against...
Read more

At a time when Athens through the Athens Film Office is constantly gaining "ground" in the choices of international producers as an ideal set for films, ...
Read more