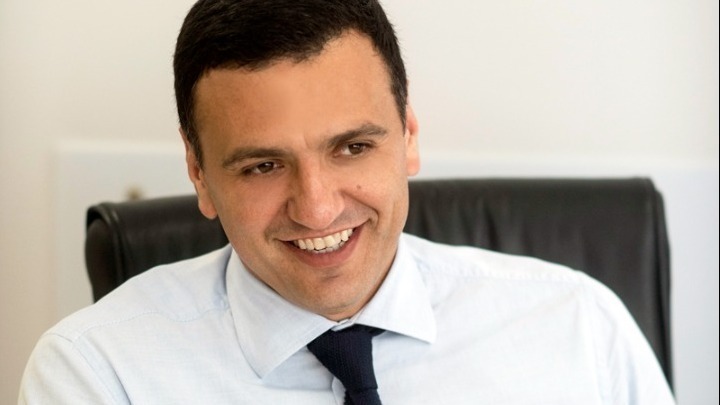 The optimistic message that the situation in tourism is good and in the fall gives the Minister of Tourism Vassilis Kikilias in an interview with Real News.

"In August, the receipts amounted to 75,8% of those of August 2019, but the most optimistic and encouraging messages are now. Hotel occupancy in September was over 65% across the country and, as things stand, from the bookings and agreements we make, for some popular destinations, such as Crete and Rhodes, we will do well in November ", he emphasizes, while citing data for the first eight months of 2021." From January to August, arrivals of non-resident travelers increased by 79,2% and related receipts by 135,7% compared to the same period of 2020 ".

Mr. Kikilias characteristically states that "in tourism, tomorrow is being prepared from today", noting the first results that the planning and preparation of the Ministry of Tourism for the next tourist season has already achieved.

"During the Top Resa tourism exhibition in Paris, we concluded agreements for a 50% increase in airline seats from Transavia alone, with new destinations such as Skiathos, while Air France will greatly increase its available airline seats. In addition, after ongoing meetings with British tour operators, travel agencies and airlines, we will have more flights and new destinations from the UK, while we are in an open channel of communication across the Atlantic regarding US airline connections. which have increased this year ", points out the Minister of Tourism.

Mr. Kikilias also emphasizes that he has already made it clear to the Greek hoteliers, but also to the Municipalities and the Regions, that we must be ready for the new tourist season from the middle of March 2022. "This, apart from the open hotels, "It means open restaurants, shops, organized beaches," he says.

The Minister of Tourism rules out a possibility of a new general lockdown in the winter, with the current conditions. "We now have the supership of vaccination against COVID-19 and the epidemic outbreak that occurs in places will be addressed with local measures, not with general restrictive measures", Mr. Kikilias emphasizes, adding that "today the return to normalcy - socially and financially - it is in our hands. "Literally in our hands, as a sting in the arm gives us our freedom."

Responding to SYRIZA's accusations of managing the pandemic, Mr. Kikilias points out that, with two or three notable exceptions, SYRIZA not only did not show national solidarity with the "enemy", but did not even support the rear of this battle. The opposite! ”, While citing the vaccination program as an example. "I expected that the executives and opinion leaders of SYRIZA would enter the front line dynamically in communication with all of us. "Have you seen anything like that?", He states characteristically.

Regarding the Committee of Inquiry, the Minister of Tourism emphasizes that "since SYRIZA opens such an issue for my immediate" manipulation "of public opinion in the midst of a pandemic, I imagine that it will have no problem to consider the pre-pandemic period of its own government. Because, if he considers a nationwide information campaign of life and death for the citizens a "suspicious method", obviously his own period must have been… the epitome of crystal transparency ", concludes Mr. Kikilias.

Electronic payments are constantly gaining ground in our country in relation to cash, which, however, is still the dominant method of payment. The tendency...
Read more
COVID-19

Angry over the complaints about "VIP ICU", the Minister of Health Thanos Plevris announced today that the president of POEDIN, Michalis Giannakos, will be invited by ...
Read more