N. Papathanasis: This government operates on one frequency, the frequency of supporting entrepreneurship 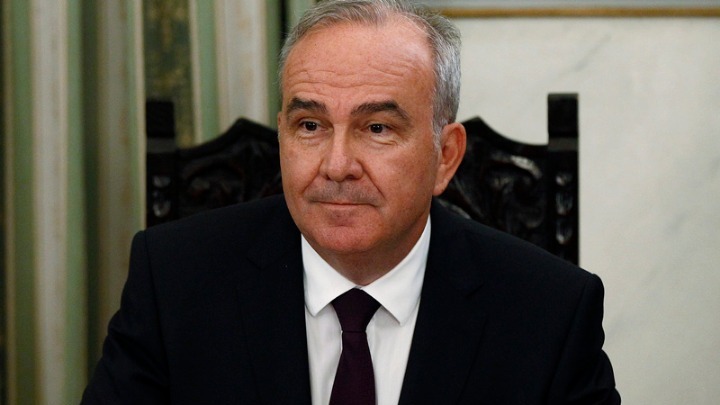 "This government operates on a frequency, the frequency of supporting entrepreneurship, because it understands that through entrepreneurship and growth there will be more money and wealth that can be distributed to our fellow citizens who need it most."

This was emphasized, among others, by the Deputy Minister of Development and Investment, Nikos Papathanasis, speaking today during the annual general assembly of the Association of Businesses and Industries of the Peloponnese and Western Greece, held in Patras.

In fact, as he added, "from the first moment this government started in 2019, about 200 bills have been passed that became laws, most of which were essentially developmental in nature, and mainly, aimed at reducing and eliminating as much as possible bureaucracy. Because every provision of law that speeds up and simplifies procedures, is both a victory and an acceleration in everything related to the development of our country ".

Referring to the investments that have been made recently, Nikos Papathanasis focused on the employment of young people, saying characteristically: "Every 100 people, who are hired by technology champions, about 20 people are mainly young Greeks who had left during during the crisis. Now they choose to return to our homeland, because the jobs they are offered have the same characteristics as those abroad. It is not the salary, but it is the level of work they want to take back to their homeland and return. Therefore, we have a reversal of the brain drain and mainly we have a message abroad, that when companies come and invest in Greece, it means that something changes ".

As Nikos Papathanasis explained, "when companies come and invest in Greece, it means that a significant change takes place and sends a message abroad, that our country becomes friendly to entrepreneurship and we finally understand that wealth must be produced, so that we can share with the financially vulnerable groups ".

Also, the Deputy Minister of Development and Investment pointed out that "the new development law that is coming for consultation, but also the law on fair, development transition, come ahead of the time that will be implemented, because they will be implemented from January 1, 2022". adding that "we are planning very aggressively for the future and mainly what we are planning is to motivate, facilitate and speed up all processes in business and investment".

At the same time, he stressed that "we want to completely upgrade the state-citizen relationship, something that has not been done in the past" and added: "We want to trust the private economy, we want to trust specialized and certified bodies, such as certified auditors. the Economic Chamber and the Technical Chamber, that is, to create a zone between the state and the investor, so that the investor does not have delays in the implementation of his programs ".

Nikos Papathanasis also referred to the industrial parks, saying that "we include them in the strategic investments, because we believe that we must do what we can, in order to strengthen the creation of business parks, for which we finance them. Therefore, it is an activity for the strengthening of the industry and the installation, because it is very important to have industrial areas ".