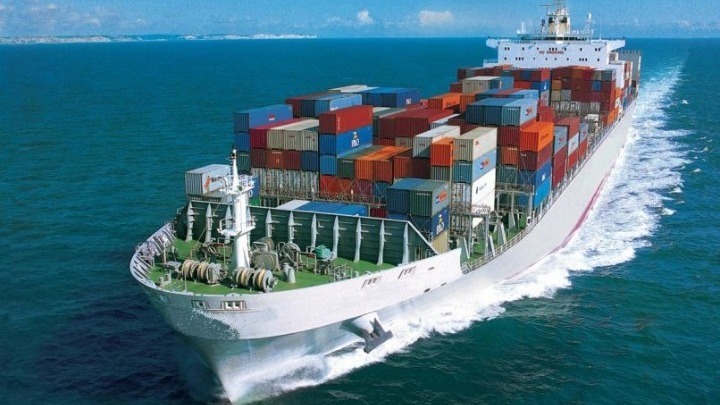 The Canadian Coast Guard has evacuated 16 people from a burning container ship, which has been releasing toxic gases off the coast of the Pacific since Saturday, but the situation is not dangerous on land, authorities said today.

Five people remained on board to put out the fire.

The Zim Kingston is moored off the coast of Victoria, British Columbia, in the Juan de Foucault Strait, which marks the maritime border between Canada and the United States, according to the MarineTraffic Maritime Monitoring website.

The Canadian Coast Guard said via Twitter on Saturday night to Sunday that 16 people had been evacuated by two lifeboats, "after a fire broke out in ten containers".

"There is currently no risk to human safety on land, but the situation will continue to be monitored," he said, adding on Sunday morning that "the emergency zone demarcated around the ship has been extended to 2 nautical miles." , for a mile the day before.

"The fire remains and a business center has been set up to manage the situation. "The various agencies are mobilizing to put out the fire and recover the containers that were detached from the ship on Friday," the coast guard also said.

"Due to the nature of the chemicals on the container ship, using water directly on fire is not an option," the Canadian Coast Guard said on Twitter.

A trailer that went to the scene of the fire, the Seaspan Raven, however, "sprayed cold water on the hull of Zim Kingston" during last night, the Canadian authorities noted.

The causes of the fire are still unknown.

The container ship was carrying more than 52 tonnes of chemicals, which were loaded into two of the containers that caught light, Radio Canada quoted the Coast Guard as saying.

According to Radio Canada, Zim Kingston has been in danger of losing 40 containers in the Pacific since Friday, and the Canadian and US Coast Guard are working together to find them.

Magnificent performance of Olympiacos in Milan, as it prevailed with 93-72 over Armani with a record of three points (18/33). The home defeat by Panathinaikos hurt ...
Read more
GREECE