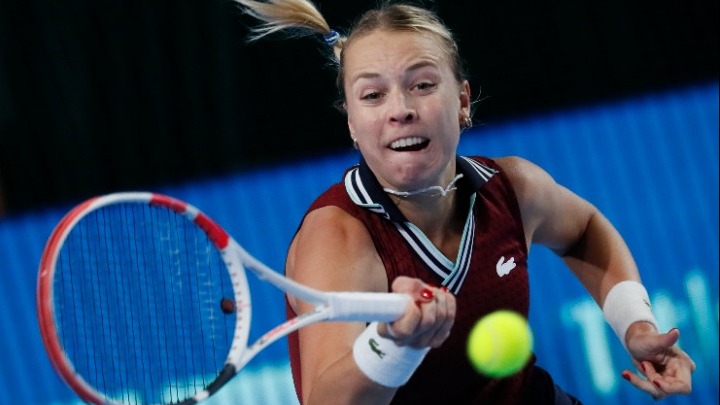 Annette Contaveit, who is ranked No. 20 in the world, won the trophy at the international tournament "Kremlin Cup", hosted in Moscow and "marked" by the departure - due to illness - of Maria Sakkari, shortly after the end of the fifth game in the semifinal with the Russian, Ekaterina Alexandrova (No. 37).

The Estonian champions were surprised by Alexandrova, who after 44 minutes took the first set 6-4, but then reacted and after equalizing (6-4) in 49 minutes, reached the victory (7-5) after from 52 minutes.

The boy in the gallery of Angeliki Darlasi, one of the most favorite books of modern literature for children is transferred to the Theater for the first time From December 4 on the Main Stage The National Theater invites the little ones again ...
Read more
SPORT CITY

The center of the Milwaukee Bucks, Brooke Lopez, underwent surgery in the middle on Thursday and is now in the stage of recovery, without however ...
Read more
News Bulletin Athens 9.84

The green light for the changes in the third dose of the coronavirus vaccine is expected to be turned on in the next few hours by the competent committee. According...
Read more
984

Scientists are concerned about the ability of the new Omicron variant to evade natural immune protection in the first relevant study from the South ...
Read more
SPORT CITY

Grizzlies - Thunder 152-79: Record in NBA history the difference of 73 points

Unbelievable but true. The 152-79 of the Grizzlies against the Thunder by Alexei Pokusevski, is the biggest difference in the history of the NBA. His team ...
Read more
984

The committee of experts is meeting today on the issue of speeding up the third dose of the coronavirus vaccine on the agenda. It is noted that the ...
Read more
COVID-19

South African Health Minister Joe Fala said today that his country is entering the fourth wave of the covid-19 epidemic due to the variant ...
Read more