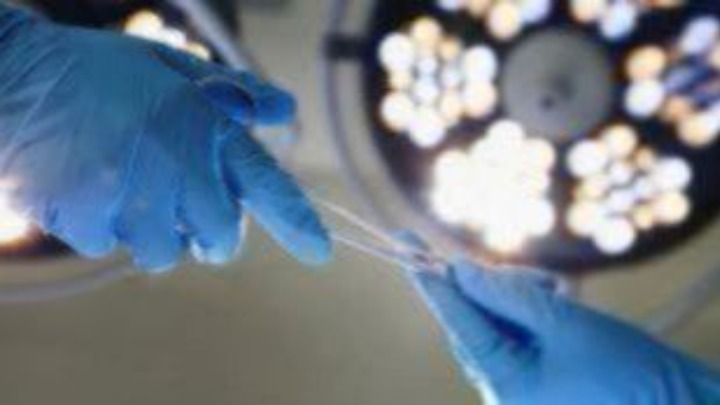 At least 142 million households worldwide have already watched the "Squid Game" survival series, according to data released by the Netflix platform on October 19, surpassing all previous ones.

However, precisely because the series is so popular - and without revealing details from the plot - the head of monitoring and coordination of the transplant process of the National Transplant Organization (EOM), Mr. Giouli Menoudakou clarifies that "the way the serial represents the reception of organs to be transplanted has nothing to do with reality. "

So to avoid TV misunderstandings, "let's take them in order and in simple words. First of all, organs are taken from patients who die while being intubated in an Intensive Care Unit. This means that due to the intubation, the function of the body's organs is supported by artificial means, as the brain is dead ", says Ms. Menoudakou to APE-MPE. In other words, the procedure starts immediately and is extremely demanding since "once the heart stops, within a few minutes the organs are non-transplantable, as they did not have time to be rinsed with special solutions. Imagine rinsing while the organs are working inside the donor body. They are then removed with very specialized surgical techniques per organ, in a surgery that can take up to 6 hours. They are preserved in special liquids and placed in a special way in containers with ice and have a specific time that they can be preserved. The heart and lungs should be reperfused into the recipient's body within 4 hours. The liver at 9 hours, while the kidneys last a little longer. In some cases, organs can be removed from a donor with a non-pulsating heart, but this is done in a completely controlled way, only in a hospital environment that has special equipment for the maintenance of the organs ", explains the head of EOM. Practically all these conditions mean that no, transplants can not be done as on television and, therefore, no one is at risk of such attacks as on television.

In addition, in order to be able to use an organ, as Ms. Menoudakou explains, "in parallel with the time of removal, special blood tests are performed for the donor's histocompatibility with the candidate recipients, while the recipients have already begun to prepare surgically for the transplants." The whole above process is a complex and very demanding chain of medical and coordination operations, with the character of urgency, which involves dozens of specialized health professionals in different structures and is done only within the framework and with the support of the entire Health System, under coordination of the Transplant Organizations of each country ". Therefore, "it can not be done secretly or without all the necessary conditions, at least in favored states" points out Ms. Menoudakou. But even with the term "organ trade", as she explains, "we mean the purchase and sale that takes place in countries without a relevant prohibitive legal framework, with donors who voluntarily donate an organ (mainly kidney), in exchange for financial compensation."

While the series creates false impressions about transplants and organ donation, there is a great need for information and awareness as Greece "unfortunately, is one of the last countries on the European map of transplants, to the detriment of the survival of our patients. In our country, we annually utilize instruments from 5 donors per million population, while the European average is 20 donors per million ", says Ms. Menoudakou. The numbers are relentless. Fewer donors means fewer people who manage to come out winners. "If we were on average we would have about 200 deceased donors a year, instead of the 50 we have now. "200 donors lead to 700 transplants per year, while 50 to just 175. At a time when 1.300 patients are waiting in our country." The problem, however, according to the head of EOM is multifactorial, because "for the low donation rates not so much people are responsible, as the weaknesses of our health system and specifically the ICU, in the pre-covid era, to support such a difficult and demanding process, as much as organ donation. Of course, the lack of information of the people does not help the situation, as it throws a veil of ignorance and suspicion, on which they find fertile ground for perceptions about the removal of organs, such as the one presented by this serial ".

However, whatever the causes of the problem, the result is that, for example, a kidney patient "if he wishes to be transplanted, in Greece he will have to wait for about 8 years, unfortunately, due to the minimal organ donors. In other European countries, the average waiting time is 2 years ", emphasizes Ms. Menoudakou. However, worldwide demand is greater than supply and "the gap between offered organs and patients waiting is large". And if we think that the problem does not concern us, Ms. Menoudakou informs that "statistically, a person is more likely to need an organ transplant at some point in his life, than to end up under conditions that can become an organ donor. So maybe it concerns us all more than we think. "

The supply chain of instruments

If one wishes to become a donor, "the most important thing is to have informed one's relatives about this intention. When the family knows the wishes of the deceased, it respects and fulfills them. He can also obtain the Organ Donor Card, issued by the National Transplant Organization, after requesting it himself through the site www.eom.gr ", explains Ms. Menoudakou. But organ donation can be an act of love and offering and as long as one is in life and, in fact, “people who donate one kidney to a relative or friend have, for the most part, a completely normal life. That is why living kidney donation is a universally established and saving treatment. Living donation is also made in the case of the liver, usually by parents who give part of their liver to their children "says the head of EOM.

In Greece, there is no case to remove someone's organs without the consent of himself or his loved ones, Ms. Menoudakou answers categorically, adding that "in order to remove organs from a deceased organ donor, he must either have the donor card himself, or for his relatives to sign. In practice, even if he has a donor card, we will discuss with his relatives the possibility of donation, as we respect that they are in a very difficult time, having lost their man. But here it is, that the family of a man who had a donor card has never denied ".

"When it comes to waiting lists, the first thing a country does to set up organ transplant programs is to ensure accessibility and equal treatment of patients in need of transplants. "The instrument is a 'public good' and it always goes to the one who needs it the most or waits for more time, always depending on the instrument", says Ms. Menoudakou. In addition, according to the head of EOM, there is no way to prioritize the life of the patient waiting for a donation, compared to that of the donor while he is alive. As Ms. Menoudakou emphasizes, "if the public trust in the system is lost, we will not have organ donors. For this reason, there are internationally digital and inviolable organ distribution systems, which based on specific algorithms compare the characteristics of donors with candidate recipients and prioritize patients ", if an organ is available.

AUTh: At a higher level the viral load of sewage in Thessaloniki

The high level of dispersion of SARS-CoV-2 in Thessaloniki is reflected in the last measurements of the week in municipal waste, according to the research conducted by ...
Read more
News Bulletin Athens 9.84

There is concern around the world about the new strain of the coronavirus, named Omicron. The Czech health authorities announced that they have located ...
Read more
COVID-19

The British scientist who led the research for the preparation of the vaccine against the coronavirus of Oxford / AstraZeneca stated today that a new vaccine ...
Read more
984

The Civil Aviation Authority has issued an extraordinary air directive for foreign flights for travelers from South African countries with the aim of limiting the dispersion of ...
Read more
GREECE

Two closed controlled structures were inaugurated in Leros and Kos

The new closed controlled structures were inaugurated today in Leros and Kos. "Today is a historic day", stressed the Vice President of the European Commission, Margaritis ...
Read more