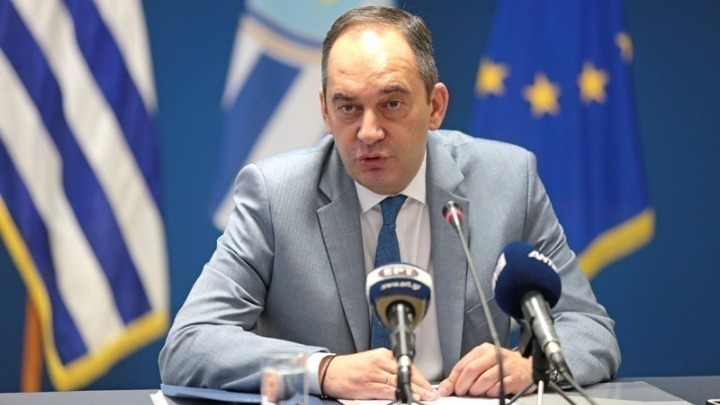 The Minister of Shipping and Island Policy, Giannis Plakiotakis, spoke about the ever-increasing Turkish provocation and the management of the immigration issue by our country in the "First Program".

"Greece's intense diplomatic mobility in the region", said Mr. Plakiotakis, "has irritated the neighboring country. The Greece-France agreement and the renewal of the defense agreement with the United States have changed the data on a diplomatic and geostrategic level in favor of Greece. This fact, in combination with his internal problems, pushes Mr. Erdogan to verbal extremes, to provocations as well as to the intensity of the propaganda against Greece. "Turkey has become a systematic violator of the rules of international law and this is now recognized by everyone in the European Union and beyond."

The Minister of Shipping and Island Policy, explained that Greece is defending "the National and sovereign rights of our country and obviously we are ready to face any threat. Take for example what happens every day with immigration management. Our country has sealed its maritime borders. From 67.000 illegal arrivals in 2019, only 2.400 until today, in 2021 ". As Mr. Plakiotakis said, "from the first day that the citizens trusted Kyriakos Mitsotakis and New Democracy, we have made it clear that Greece has maritime borders and must protect them effectively. Greece's borders are also European. This was reflected in the last decision at the summit of European leaders, where everyone recognized the great contribution of Greece in the protection of the borders of the European Union. We have proved it in practice with the reduction of flows and the very impressive result which is due to the strengthening of the operational capabilities of the Coast Guard, the correct staff and operational planning and the over-effort of the Coast Guard executives ".

"We want further European aid in terms of financial resources for the protection of the external borders of our country", Mr. Plakiotakis answered regarding the cooperation with Europe and explained: "At the moment in our Ministry a very large armament is in progress program for the Coast Guard that exceeds 600 million euros. Much of which concerns boats we have already received. We have increased after many years the organic positions of the Coast Guard. We have planned the receipt of 70 additional new modern boats and systems. In the next 2-3 years, the Coast Guard, fully equipped, will be able to protect not only the maritime borders of our country, but also to cope with its great work which is nothing more than serving the interests of the Greek Shipping, the protection of the marine environment, the prevention of crime at sea, the enhancement of maritime safety.

Referring to the multidimensional work of the Coast Guard, Mr. Plakiotakis stated that "the men and women of the Coast Guard have met all the challenges they have undertaken in recent times. For example, the very large contribution of the Coast Guard to the release of more than 3.000 of our compatriots during the summer fires. And of course their effectiveness in controlling health protocols for safe shipping, where it had to ban the boarding of more than 30.000 people who did not have the proper certificates. Of course, there were a few cases where problems occurred, but in the vast majority the controls worked as they should ".

The Minister of Shipping and Island Policy also referred to the course of tourism this summer and specifically to the cruise, reminding that Greece "was the first country to establish comprehensive health protocols and thus sent a message to other European markets that opens safely. This event created the necessary positive atmosphere for both passengers and islanders, and contributed significantly to the positive course of the cruise in the summer ".