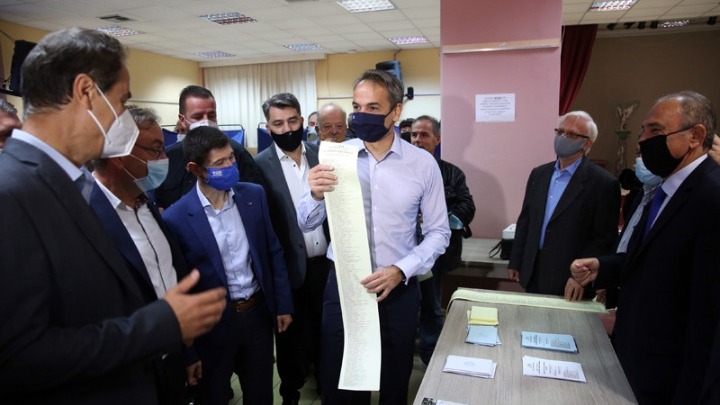 "New Democracy is the party that is evolving, in a Greece that is developing", stressed the Prime Minister Kyriakos Mitsotakis from Galatsi, where he paid a visit in the morning on the occasion of the internal party elections that are underway to elect presidents in local party organizations. but also of the delegates who will take part in the 14th Congress of ND that will take place at the beginning of December.

Visiting the City Hall of Galatsi where the election process was taking place, Mr. Mitsotakis stated that "today is a day of celebration for the New Democracy", which - as he said - "is the great patriotic front of realism and progress". 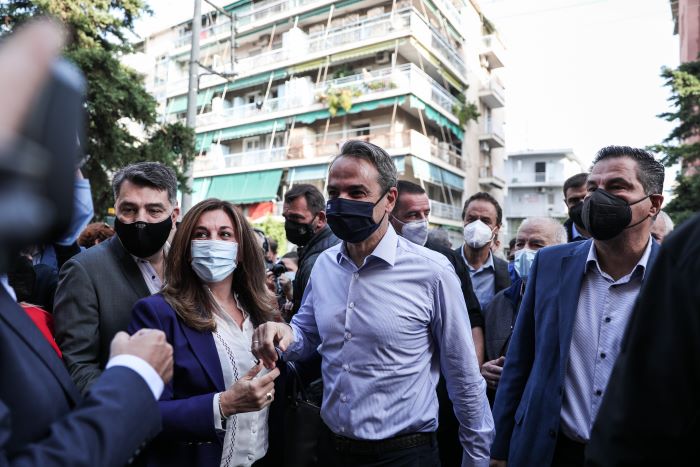 "New Democracy is not just the largest party in Greece, it is the largest center-right party in Europe. With almost 140.000 active members, of which 30.000 registered for the first time in New Democracy in order to vote in these internal party elections ", Mr. Mitsotakis underlined, adding that ND" is also a party that embraces progress "as for the first time our members can vote electronically, from their computer, with absolute security".

As he said, he will then vote from his house "in order to prove in practice the inviolability of this new process".

The leading US epidemiologist, Dr. Anthony Fauci, informed the President of the country Joe Biden that it will take about two weeks to ...
Read more
News Bulletin Athens 9.84

"We have re-examined 40.000 samples in the last few days, which we compared to the global Omicron strain database. Based on these, it appears that in ...
Read more
COVID-19