Russia: Metropolitan of the Russian Church publicly advocates for the mandatory vaccination of clergy 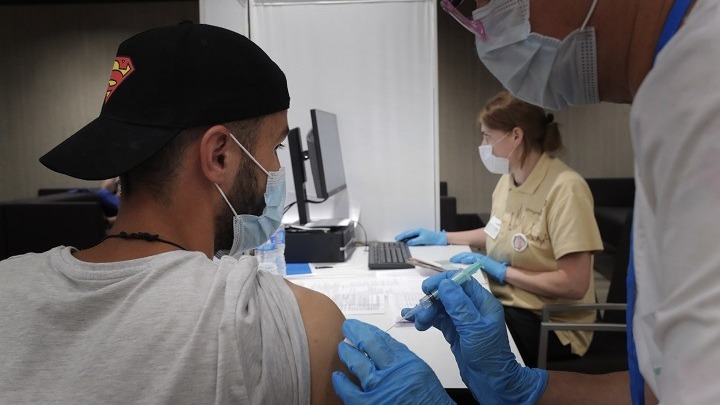 At a time when the pandemic is deteriorating in the country, one of the most famous metropolitans of the Russian Orthodox Church inside and outside Russia, Volokolamsk Hilarion, advocated the mandatory vaccination of certain categories of Russian citizens, among whom must be his point of view and the priests.

He even described the spread of the disease as "very worrying, very sad and very tragic".

"I do not think that (s.s. vaccination) should be mandatory for everyone. "But, obviously, it should be mandatory for too many categories of workers, for those people who work with other people," he told the Russia-24 satellite network. obligatory for the clergy, as they are in constant contact with a very large number of people, unless, of course, if there are medical contraindications ".

Despite the fact that compulsory vaccination has been imposed on special categories of workers, medical and educational staff, security services and health services, both in the Russian Church and in the country in general, vaccination is currently not compulsory.

President Putin and central government officials continue to call for the population to be vaccinated, especially now that the situation appears to be out of control again, forcing a new ban on October 30-November 7, which Russia calls "non-working days." week ", but reiterate that vaccination should be voluntary.

According to Metropolitan Hilarion, "the mechanism for encouraging citizens to be vaccinated should be strengthened", since there are many who do not want to do so.

According to the Federal Staff for the fight against coronavirus, until yesterday in Russia 53.511.786 citizens had been vaccinated with the first dose and 49.161.150 citizens were fully vaccinated, ie only about 1/3 of the total population of the country.