One dead and seven injured after a chase in Perama 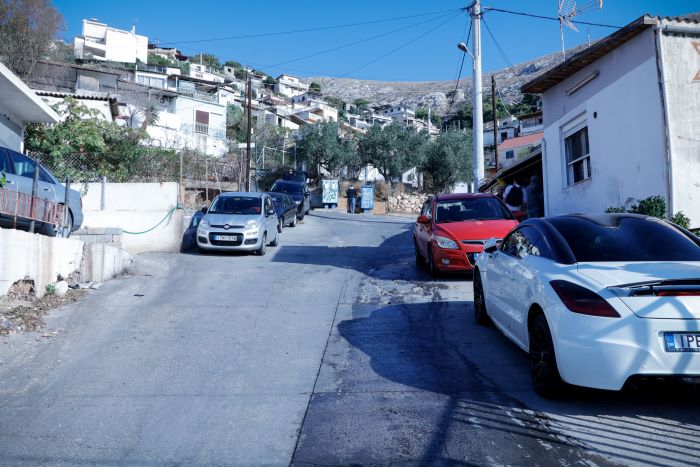 One dead and seven wounded, including six DIAS police officers, is the report of the armed clash that took place in the early hours of the morning in Perama.

According to what has become known, a DIAS team tried to check a vehicle where three people were riding. The vehicle attempted to ram the engines of the police officers who responded by shooting, resulting in the fatal injury of one person.

One of the three occupants was fatally injured, one slightly, while six police officers were also injured.

As for the third person who was riding in the vehicle, he managed to escape and is wanted.

An announcement regarding what happened in the chase with shootings in Perama, was issued, a while ago, by the General Police Directorate of Attica

In detail, the announcement states the following:

“Evening hours of Friday, October 22, 2021 in the area of ​​Ag. I. Renti, was located by the DI.AS Team. vehicle, in which three people were riding and had a broken porthole (image that indicates a burglary), a reason for which it was considered suspicious and it was decided to conduct a police check.

At the scene, by order of the Center for Immediate Action, other reinforcing forces rushed to carry out the control, but the vehicle at the sight of the police developed speed and escaped.

As part of the search, the car was rediscovered in the area of ​​Egaleo and the police followed it to the area of ​​Perama, where it was stopped by a moving vehicle (bus).

In their attempt to escape, the perpetrators made a reverse move and rammed five scooters of DI.AS Teams. injuring a total of seven police officers.

Police used a weapon to stop the vehicle, resulting in the fatal injury of the driver and the injury of one of the passengers, who was taken to hospital and is being treated out of danger.

The third person in the vehicle escaped and is wanted.

A medical examiner and a team from the Directorate of Criminological Investigations were called to the scene.

As it turned out, the vehicle had been stolen a little earlier from the area of ​​Ag. I. Renti.

Preliminary investigation is carried out by the Department of Crimes against Life and Personal Freedom of the Attica Security Directorate, in the presence of a competent prosecutor ".

Twenty years old, according to ELAS and marked for theft the dead in the incident of Perama

The man who was fatally injured by police shots when he rammed into the car he was driving during a chase in Perama, was 20 years old, according to ELAS and marked for theft.

The other person who was riding in the vehicle is being treated out of danger in a hospital and it is a matter of time before he is identified.

As for the third person in the vehicle, he managed to escape and is wanted.

The metro stations "Panepistimio", "Syntagma" and "Monastiraki" were opened, which were closed from noon due to security measures for the visit of ...
Read more
GREECE