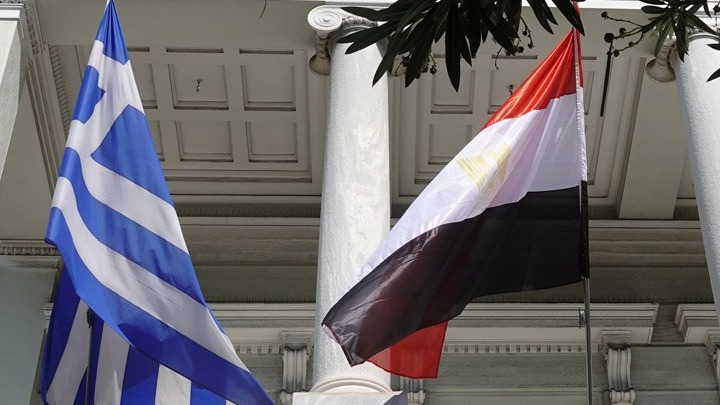 Consultations between the Operators of the Electricity Transmission Systems of Greece and Egypt on the selection of the most suitable option for the interconnection of the two countries by submarine cable, is the next step following the signing of a memorandum of cooperation between the Ministers of Energy of the two countries, Costas Mores Shaker the previous days in Athens.

As IPTO executives told APE - MPE, the role of the Administrator is primarily to ensure that the project will be constructed with technical specifications that guarantee interoperability with the Greek system, without excluding in advance business participation in it. As it is known, for the interconnection of the two countries, two projects have been proposed and included in the ten-year program of the European Organization of Energy Managers (Entso-e): the GREGY Interconnector of ELICA (Kopelouzos group) with a capacity of 3.000 megawatts and Greece-Africa Power Interconnector of the company Cycladic Meltemia (Eunice group) power 2.000 megawatts.

The main goal is the exploitation of the cheap production of electricity from RES in Egypt and its promotion in the European market through Greece. "The Eastern Mediterranean can, under certain conditions, be developed as an alternative energy source for the European Union. Either we are talking about natural gas - which can be transported in liquefied form from Egypt to Greece and from there to the European gas network - or we are talking about electricity that can be produced, again in North Africa at very advantageous "In ideal conditions, I would say, to be transported via a cable, again, from Egypt to Europe via Greece", said the Prime Minister Mr. Kyriakos Mitsotakis in his statements on Thursday during his visit to the European Council in Brussels.

It is noted that the CEO of the Energy Exchange George Ioannou, speaking at an energy conference last week, set another dimension in terms of the usefulness of the project. Specifically, he mentioned the fact that Egypt is in a different time zone from Greece, which means that the production of photovoltaics is available in a different time frame than the Greek one.

It is recalled that the foundations for the signing of the agreement were laid during the visit of Prime Minister Kyriakos Mitsotakis to Cairo in June, during which Mr. Skrekas met with Mr. Shaker and discussed plans for electricity interconnection of the two countries.

The memorandum signed between the two ministers provides for the establishment of a high-level working group that will take the next steps for the study, licensing and implementation of the project.

The Vaccination Committee is probably meeting today regarding the reduction of the period to 4 from 6 months between the second and the third ...
Read more
WORLD

The possible mandatory vaccinations in Germany, the farewell to Merkel and the political developments in Austria are some of the key issues ...
Read more
CIVILIZATION

170 works in the exhibition THE GENESIS OF THE GREEK STATE, CARTOGRAPHY AND HISTORY

The Educational Bank of the National Bank organizes and presents the exhibition THE GENESIS OF THE GREEK STATE, CARTOGRAPHY AND HISTORY, 1770-1838 on Thursday, December 16, 2021, ...
Read more
984

The committee of experts is meeting today on the issue of speeding up the third dose of the coronavirus vaccine on the agenda. It is noted that the ...
Read more
News Bulletin Athens 9.84

A subsidy bonus for energy upgrade of rented houses is provided by the final Guide of the "Save" program that is going to be officially presented, maybe ...
Read more