Thessaloniki: A driver who seduced and abandoned an elderly man was handed over 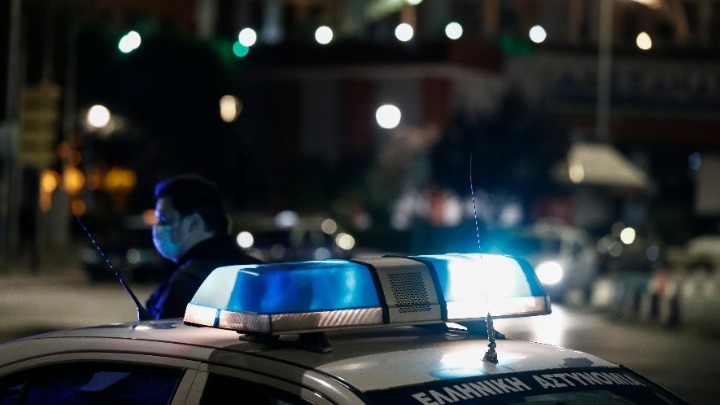 A 43-year-old driver was handed over to the police, who dragged a 77-year-old pedestrian and then abandoned him. He is being held for abandoned traffic and will be taken to the prosecutor.

The incident took place on Thursday morning in the area of ​​Panagia Faneromeni, in Thessaloniki. The elderly man was picked up by EKAB and transported to "Papageorgiou" hospital where he was given first aid, while he is in good health.

Czech Republic: 20.315 new cases were recorded in the previous 24 hours

In the past 24 hours, the Czech authorities recorded 20.315 new cases of covid-19, a number reduced compared to the same day last week, with ...
Read more
SPORT CITY

Giannis and Bucks "got angry"

Milwaukee's streak continues, Giannis Antitokoumbo is in a demonic state and the "Deer" do not have ... brakes. This time the champions had ... a party ...
Read more
CIVILIZATION

Fotini Tsalikoglou is not only a novelist with fascinating stories and frequent circulation successes (if we omit her purely scientific books). He writes many times and ...
Read more
984

H. Mosialos for a new Omicron variant: Those who have not been vaccinated should be vaccinated immediately

After the appearance of the new African variant Omicron of the coronavirus, the vaccinated should make the third dose and those who have not been vaccinated yet, ...
Read more
984

The risk of the Omicron variant of the new coronavirus found in South Africa spreading to Europe is "high to very high", he announced tonight ...
Read more
GREECE

Thessaloniki: Robbery on Langada Street with victims of two Pakistanis

U2 fans were offered a new song by the band included in the upcoming movie "Sing 2" and their leader, Bono talked to ...
Read more

The renovation works of the University start on Sunday - What pedestrians, drivers and passengers of MMM should know