EU Summit: Gas and nuclear energy in 'green' investments for the majority 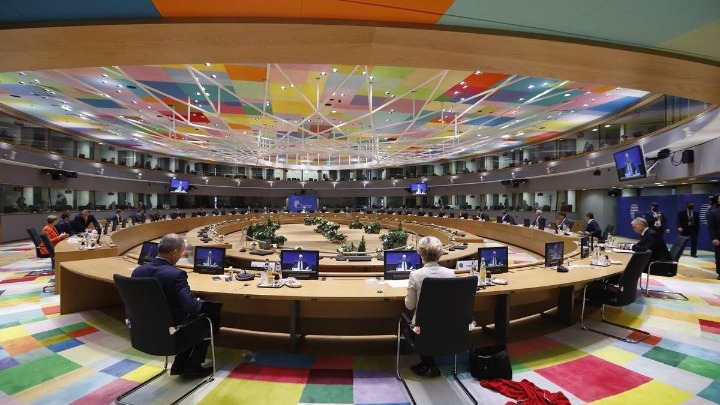 A majority of the 27 member states of the European Union voted in favor of recognizing the role of gas and nuclear energy in the fight against climate change on Thursday, which would facilitate their funding, according to converging sources.

The European Commission is expected to propose before the end of the year a list of forms of energy that will be considered virtuous for both the climate and the environment (the so-called "green taxonomy"). This ranking will pave the way for the so-called green financing and will give a competitive advantage to the distribution systems.

The issue divides 27. But at a summit of heads of state and government in Brussels on Thursday, "a very large majority of Member States" voted in favor of including both gas and nuclear energy in the list of sustainable investments, a European diplomat said. at the French Agency. Two others confirmed that a "majority" of countries were in favor of the proposal.

The gas price crisis seems to be boosting nuclear energy. Nevertheless, the so-called green taxonomy will not be referred to in the European Council conclusions, in the absence of full consensus.

In mid-October, ten EU Member States, including France, voted in favor of nuclear energy, arguing that it does not emit CO2 and is part of the solution to preventing climate change and global warming, while contributing to European energy independence.

This text was endorsed by Romania, the Czech Republic, Finland, Slovakia, Croatia, Slovenia, Bulgaria, Poland and Hungary. The Netherlands has recently taken up this position.

Other countries, such as Germany, Austria and Luxembourg, are strongly opposed, as are many NGOs, which point to the problem of storing radioactive waste for a huge period of time.

Gas-fired power plants emit CO2, but less than coal, and, like nuclear energy, are stable and manageable energy sources that can play a much-needed complementary role to renewables (solar, wind). sun or wind are absent.

The "classification" is expected to be proposed by the Commission in the near future, but has not yet set a clear timetable. Its proposal could be rejected by the European Parliament or by a majority of the Member States.

In early October, European Commission Vice President Valdis Dobrovskis defended nuclear power during a meeting of finance ministers. "It is important to recognize the role of nuclear energy as a form of low carbon dioxide in our effort to reduce CO2 emissions," he said.

In a report in late March, the JRC noted that "no analysis has yielded scientific evidence that nuclear energy is more harmful to human health or the environment than other forms of energy" which are expected to be included in the so-called green taxonomy.