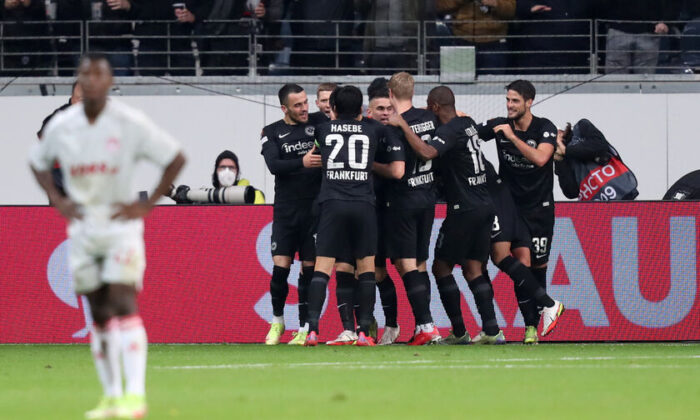 Olympiacos suffered a 3-1 defeat by Eintracht Frankfurt in Germany for the 3rd game of the Europa League.

Two goals from individual errors were conceded by Piraeus, whose general suspension was not good and was punished by the quality midfield of the home team, who sometimes played at a very high tempo.

Cisse slipped and fell, overturning Bore and the referee correctly pointed to the white ball, from where the same player opened the scoring (26 ') for Eintracht.

Cisse's mistake was followed by that of Jakic who made a hand in the area of ​​his team and gave the opportunity to Olympiakos to respond in the same way (1-1) with El Arabi in the 30th minute of the match.

After a corner kick and a header by Hintereger on the crossbar, the phase continued and the hosts hid the ball with a great combination, with the promoted Toure scoring 2-1.

Eintracht found the goal that effectively ended the game. It was the 59th minute with Solitaire finding the space, catching the powerful shot that Vatslik did not remove well, the defense of Olympiakos did not follow and Kamanda took the rebound to make it 3-1.