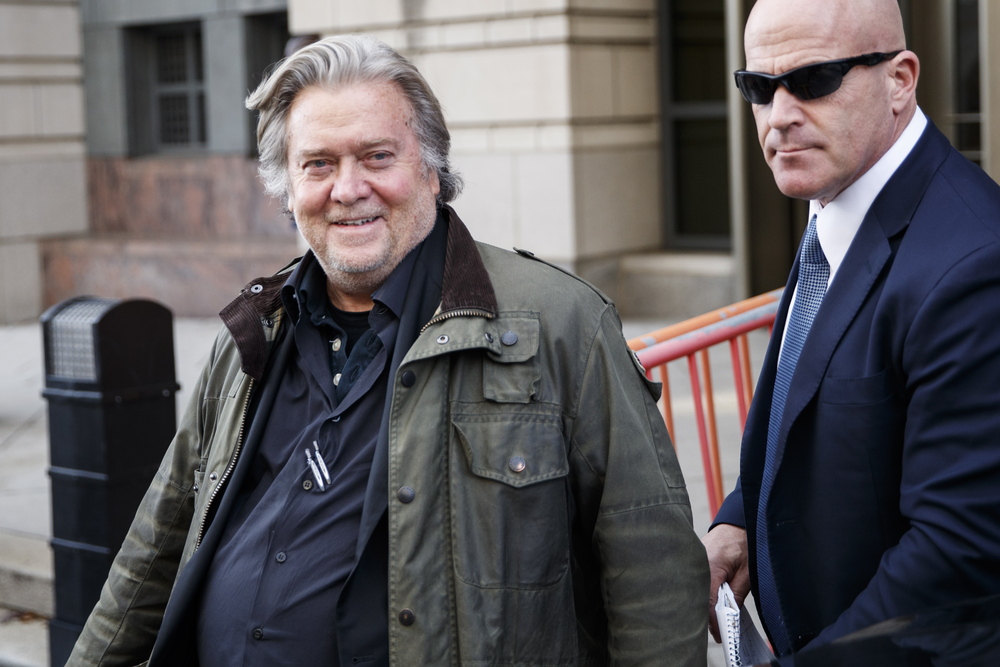 Mr Bannon, 67, was one of the architects of the tycoon's victorious 2016 campaign.

Despite being summoned to testify, he did not show up last week.

"We can not allow anyone to derail our work because it is very important: to ensure that the future of American democracy is secure and secure," said Benny Thompson, chairman of the House of Representatives.

Following the vote in the House of Representatives, federal prosecutors will be called upon to decide whether he should be charged. Even if they do, the legal battle could take months, if not years, which can delay and undermine the investigation.

Mr. Bannon's testimony was considered substantial, as it could provide insight into Donald Trump's actions before and during the attack.

"According to reports, Steve Bannon was aware of the events of January 6 before they unfolded, played a role in several ways related to the attack and has been very honest about it," said the Democratic House Speaker. Representative, Nancy Pelosi.

Steve Bannon has said that Donald Trump's lawyers advised him not to appear before the committee, citing the presidential privilege to declare certain information confidential. The commission and the Democrats argue that only the incumbent president has this privilege, so Mr. Trump does not retain it.

The 220 Democrats yesterday voted in favor of the decision to entrust to prosecutors the possible prosecution of Steve Bannon.

The leader of the Republican caucus in the House, Kevin McCarthy, who had initially called for an inquiry but tried to oppose it in the months that followed, called on members of the House to vote no.

Nevertheless, nine Republicans voted yes, including Liz Cheney, the vice chair of the committee of inquiry, one of the few voices in her party that opposes Donald Trump.

The other member of the GOP committee, Adam Kinzinger, who also supported the prosecution, justified his vote with the tip "no one is above the law".

If convicted, Mr Bannon could face a fine of between 1 and 12 months in prison.

EFKA: About 10.000 applications have been submitted in the first hours for debt settlement in up to 72 installments

About 10.000 applications have been submitted by freelancers and the self-employed -according to information from ATHENS 9,84- in the very first hours of its entry into force ...
Read more
SPORT CITY

PAOK: Gate 4 is closed for a match due to violation of a health protocol

PAOK became the first team to be punished for non-compliance with the measures against the coronavirus, as it was imposed a ban on entering ...
Read more
984

The Prime Minister Kyriakos Mitsotakis spoke about "another vote of confidence for the prospects of the Greek economy" during the meeting with company executives ...
Read more
GREECE

Plakiotakis: At least 707 organized cigarette smuggling circuits have dismantled the Coast Guard in the last decade

The over-effort of the Coast Guard day and night has contributed significantly to the fight against tobacco smuggling, as in the last decade at least ...
Read more
CIVILIZATION

The multi-award winning blockbuster that broke the box office on Broadway, is coming to Greece for the first time and speaks Greek! Bob Sfougarakis, the favorite hero of young and old along with Patrick, Sandy, ...
Read more
984

The Prosecution of the Court of First Instance filed a criminal prosecution for dissemination of false news and incitement to disobedience against two persons who are said to be the administrators of the website ...
Read more

The International Day of Remembrance of the Victims of the Genocides, which is on December 9, is honored by the Pampontian Federation of Greece and the Armenian National Committee of Greece, ...
Read more
CIVILIZATION