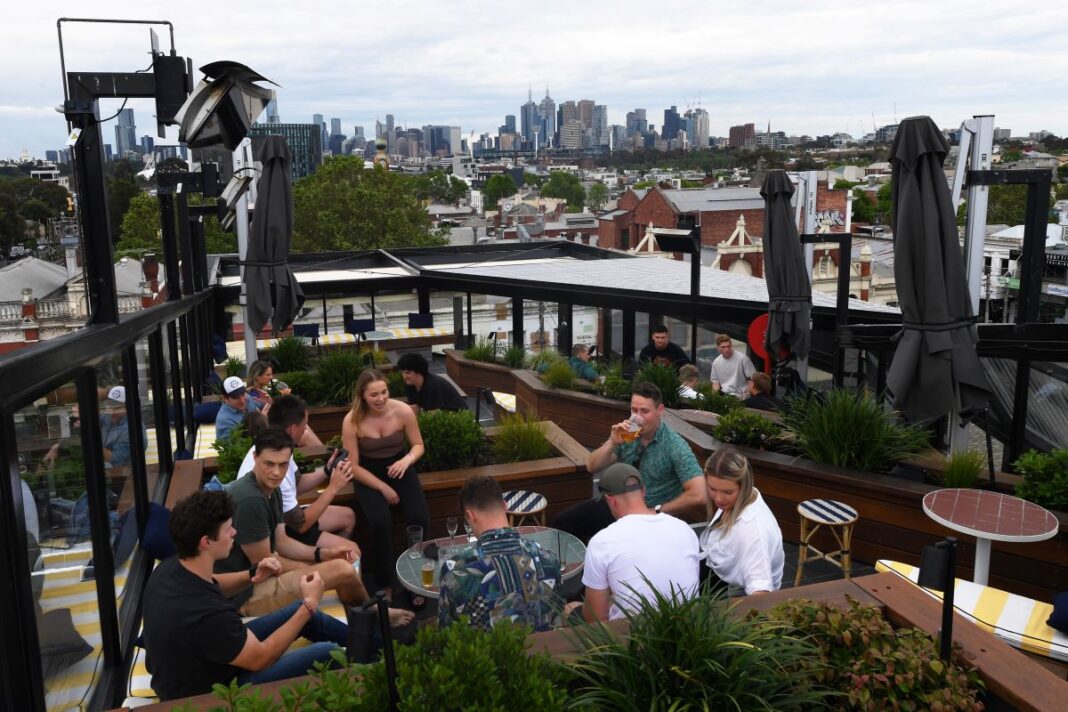 Melbourne residents rushed to the city's pubs, restaurants and hairdressers in the early hours of Friday after the relaxation of the world's longest-running lockdown aimed at halting the covid-19 pandemic.

Australia's second largest city of 5 million people has so far been severely restricted for 262 days, almost nine months, during the six different lockdowns announced since March 2020.

This is the longest lockdown period in the world. In the capital of Argentina, Buenos Aires, 234 consecutive days of lockdown were imposed last year.

But now that the vaccination rate against covid-19 in Melbourne and the state of Victoria has reached 70%, it has been announced that the restrictions imposed on 5 August have been eased.

At 23:59 on Thursday night, as soon as the lockdown in Melbourne came, the residents went out on their balconies and started applauding and shouting, while the car horns were heard in the streets.

Many restaurants, cafes and hairdressers opened after midnight to celebrate the event.

"I forgot how it was," said George, a Melbourne resident who sat in a cafe months later. "We were waiting to celebrate," he added.

"It's awesome to be back today. "It's a sunny day, so everything is amazing," commented Ryan Malliri, a hairdresser who has been working since the beginning of August.

Another hairdresser in Melbourne said customers started queuing outside his shop at 4:30 a.m.

"People are going crazy, trying to close a table," said Marcella Rodrεςguez, co-owner of Vamos Fitzroy. "Now we have to be very careful with the number of customers and respect all the rules, so it is a challenge," he added.

Although Melbourne residents now have more freedom, they are still unable to leave their city, and shops remain closed until 80% of those who can be vaccinated against covid-19 are immunized, which is expected to happen on next days.

After all, from November 1, fully immunized travelers arriving from abroad to Sydney and Melbourne will not be required to remain in quarantine.

Despite the fact that since the end of June there has been an outbreak of the covid-19 epidemic in Australia, mainly due to the highly contagious Delta strain, the country has managed to avoid a large spread of the coronavirus. In total, it has recorded about 152.000 cases of covid-19 and 1.590 deaths, out of a total population of 25 million.

Coronavirus: Wall of immunity by the end of the year - Estimates for de-escalation

The estimate that by the end of the year the wall of immunity will reach 80% was expressed by the professor of Environmental Engineering of the Aristotle University of Thessaloniki, Demosthenes Sarigiannis. Such as...
Read more
GREECE

Bloody incident with an injured person in the center of Thessaloniki

A person was attacked and injured by a sharp instrument, by two foreigners, at two in the morning, in the center of Thessaloniki. The injured was transported with ...
Read more
News Bulletin Athens 9.84

Australia is the country that was added today to the list of confirmed cases of the Omicron variant of the coronavirus. It's about...
Read more
WORLD

A young Guatemalan, who hid in the pit of the landing system of an American Airlines aircraft, came out alive yesterday, Saturday, after the flight from his homeland ...
Read more

The planning of the municipality of Halandri for the integration of the ancient Aqueduct into the daily life of the citizens is being implemented step by step and thus to be a "living" element ...
Read more
984

The happiest and safest Christmas park in the city opened its doors in the Technopolis of the Municipality of Athens. The Christmas Factory, the largest, safest and ...
Read more
CIVILIZATION