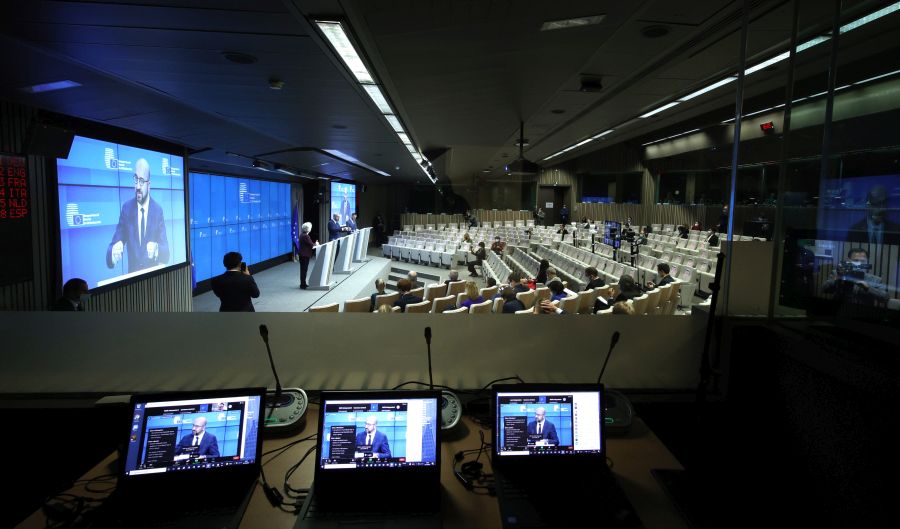 The European Council, in its conclusions on migration today, "calls on Turkey to ensure the full and non-discriminatory implementation of the 2016 EU-Turkey Declaration".

European leaders stress in their conclusions that "they will not accept any attempt by third countries to instrumentalize migrants for political purposes" and "condemn all hybrid attacks on the EU border", to which they will respond accordingly.

It is also noted that "according to its statement in March 2021 and its conclusions in June 2021, the European Council reiterates its expectation that funding for Syrian refugees and host communities in Turkey will be mobilized in a timely manner. "Jordan, Lebanon and other parts of the region, including Egypt."

In addition, "the European Council calls on the Commission to propose any necessary changes to the EU legal framework and specific measures supported by adequate financial support to ensure an immediate and appropriate response compatible with European law and international obligations, including fundamental rights. ».

It also said that "the EU will continue to oppose the ongoing hybrid attack launched by the Belarussian regime, including the adoption of additional restrictive measures against individuals and legal entities, gradually and urgently".

It reiterated the need to ensure the return of migrants and the full implementation of readmission agreements, and stressed that "the EU remains determined to ensure effective control of its external borders".

Finally, the "27" emphasize that "efforts should be sustained to reduce secondary travel and to ensure a fair balance between responsibility and solidarity between Member States".

At least 22 civilians were killed yesterday Sunday in a new attack on an IDP camp in Ituri, in the northeastern part of the Democratic Republic of the Congo, before a week has passed ...
Read more
984

Scientists around the world have set out on a road race to study the new African Omicron variant of the coronavirus and how dangerous ...
Read more
News Bulletin Athens 9.84

In the shadow of the new Omicron mutation, the committee of infectious diseases will meet tomorrow to discuss the epidemiological data. According to information on the table ...
Read more
WORLD

The disturbing coronavirus mutation, Omicron, which is already detected in most European countries, the ongoing migration crisis between France and Britain and the alarming ...
Read more
COVID-19

The British health authorities announced yesterday Sunday that in the previous 24 hours 37.681 cases of SARS-CoV-2 were confirmed and 51 patients succumbed due to complications ...
Read more
200 YEARS OF HISTORY

"Towards Plenary Repair - a different approach to the Greek revolution from today's visual artists". 17 December 2021 to 16 January 2022At the same time in two places: At the Cultural Center ...
Read more
GREECE