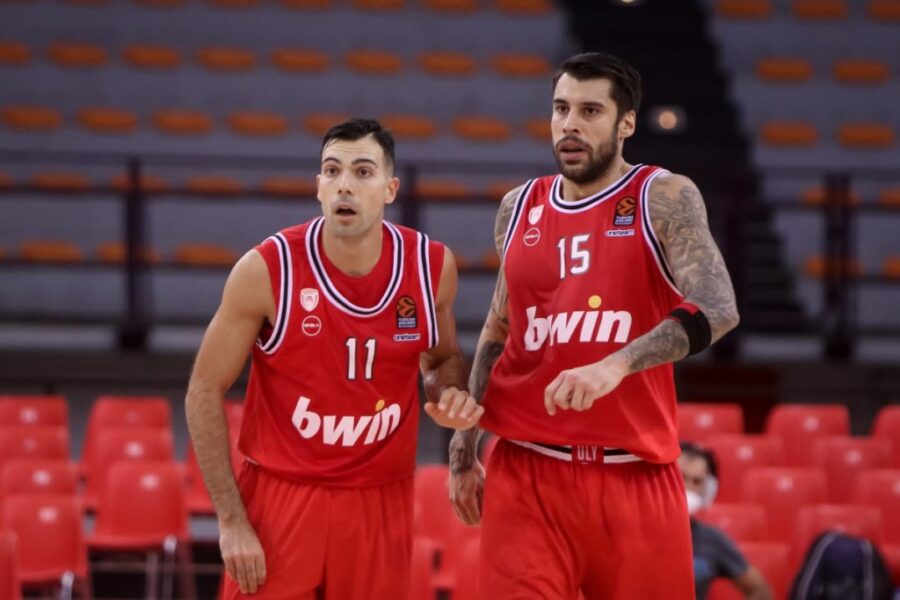 Olympiakos is tested tonight in the difficult seat of CSKA Moscow, aiming for the victory that will keep it in the first places of the standings.

With the same record of victories - defeats, ie 3-1, Olympiacos and CSKA will fight for the victory in Moscow, at 20: 00-Novasport Prime. The team of Piraeus suffered its only defeat in "Palau Blaugrana", in overtime and with just one point against Barcelona. He plays the best basketball he has shown in recent years and seems capable of beating any opponent.

On the other hand, CSKA comes from a difficult home victory, with 78-76, against the Red Star, but will play without the injured Marios Grigonis, Toko Sengelia and the former Olympiakos player, Nikola Milutinov, who has been unlucky since resigning. the SEF. Will Claiborne, Alexei Svend and Johann Whitman, however, are always dangerous, while the chances of playing for CSKA for the first time in the Euroleague are gathered by Kenneth Farid.

Two hippos at the Antwerp Zoo in northern Belgium, which had a runny nose, tested positive for Covid-19, something that happens for the first time ...
Read more

AEK was caught in the "tweezers" of Financial Fair Play. According to an announcement by UEFA, violations of the "Union" were certified for the period 2014-18. This development ...
Read more
GREECE

Reservations were expressed by the Administrative Plenary Session of the Council of State for two provisions of the government bill which changes the data of education and ...
Read more
News Bulletin Athens 9.84

"Life as an Open Book": Documentary on the occasion of World Disability Day by the Onassis Foundation

On the occasion of the World Disability Day, the Department of Educational Programs of the Onassis Foundation records a fascinating image of mental expression and strong emotions of nine different people who ...
Read more