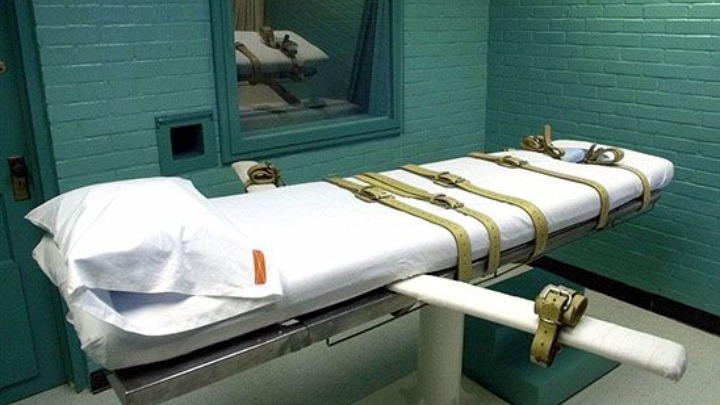 Alabama authorities executed an African-American man convicted 30 years ago of killing a white woman last Thursday night and his execution was postponed until the last minute in February.

"Justice has been done. "Tonight, Willie Smith was killed for a heinous crime he committed 30 years ago: the abduction and execution of an innocent, young woman, Sarma Johnson," said Attorney General Steve Marshall.

Smith was convicted in 1991 of killing 22-year-old Sarma Ruth Johnson, a police officer sister, in Birmingham, Alabama, and has been awaiting execution for the past 30 years.

His execution was postponed to February at the last minute when the Alabama Supreme Court ruled that the absence of a priest from the room where he was to be killed was illegal. Smith had asked his pastor to be by his side to help "his transition from the world of the living to that of the dead."

Penitentiary authorities have since announced that they will allow the pastor to appear, but Smith's lawyers have again appealed against his execution. According to them, the African-American was suffering from mental retardation, which prevented him from understanding that he could choose the way of his execution.

In 1991, Smith abducted a 22-year-old woman in front of an ATM. After threatening her with a gun, he forced her to reveal his withdrawal card password and took $ 100 from her account.

He then took her to a cemetery where he executed her with a bullet to the head, put her body in his car and set it on fire.

A year later, 10 of the 12 jurors who attended Smith's trial decided to sentence him to death. Alabama is one of the few states in the United States that allows jury decisions to be unanimous.

The death penalty has been abolished in 23 US states, while three others - California, Oregon and Pennsylvania - have imposed moratoriums on executions.

Willie Smith is the first death row inmate in Alabama since the outbreak of the covid-19 pandemic.

WHERE: Omicron risk is very high - Acceleration of vaccinations and immediate action