The Panathinaikos case was heard - The decision is expected 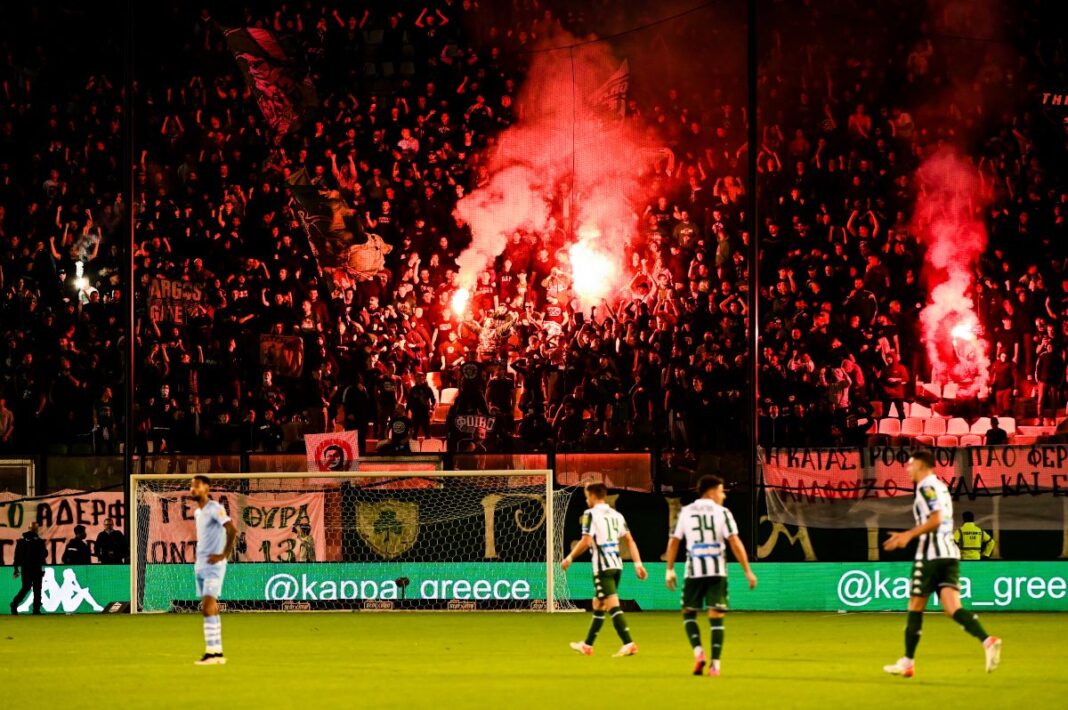 The case of Panathinaikos was heard on Friday afternoon, which is in danger of being punished for an incident that took place before the game with Ionikos.

After the intervention of the football prosecutor, Konstantinos Spyropoulos, Panathinaikos was called to apologize for the tension that was recorded outside the Avenue before the match with Ionikos. The report of the police, which was delivered late, was aggravating for the "greens".

The case was heard today early in the afternoon and the green PAE is in danger of a penalty behind closed doors from 2 to 4 matches and with a very heavy fine and the announcement of the decision is expected by the evening.

Pandemic: Imprisonment for up to two years and fines for parents who do not send their children to school

Parents who will not let their children go to school will face criminal penalties, citing reasons for the pandemic. Legislation for ...
Read more
984

A new environment tends to be formed in the VAT rates in the European Union from 2025 in the first phase and until 2030 and then in ...
Read more
984

Fauci: "Almost certain" that the Omicron variant is no more serious than the Delta

It is "almost certain" that the Omicron variant of the new coronavirus does not cause a more serious disease than Delta, said today to the French Agency the ...
Read more
984

US President Joe Biden has warned his Russian counterpart that Moscow will face "severe sanctions", mainly of an economic nature, in the event of an escalation ...
Read more
WORLD

Valerie Pekres, the candidate of the conservative Republican party, jumped to 20% in terms of the intention to vote in the first round of the presidential elections ...
Read more
CIVILIZATION

"Guardian of a Revolution": Theatrical performance in the Historical Archive of PIOP

So was the whole society then. After the Revolution ισε he won the big ones and now he had to fight for the small ones… The Piraeus Group Cultural Foundation (PIOP) presents ...
Read more