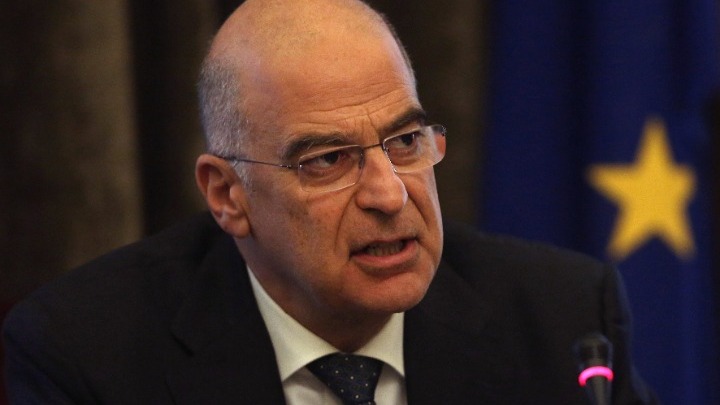 Foreign Minister Nikos Dendias concluded his visit to the capital, Tripoli, with a meeting with Libyan Prime Minister Abdullah Hamid Dbeiba. "The discussions focused on bilateral economic cooperation and developments in the country, while the issue of the illegal and invalid Turkey-Libya Memorandum was raised," Nikos Dendias announced in a post on Twitter.

It is recalled that the Foreign Minister, invited by his Libyan counterpart Najla El Mangoush, participated earlier in the Ministerial Meeting "Libya Stabilization Initiative". In his speech at the Summit on Libya, the Foreign Minister stressed the need to implement the relevant Security Council resolutions (1970, 2570 and 2571) concerning, inter alia, the arms embargo (as Greece is actively involved in the European operation "Peace"). »To monitor the embargo). Furthermore, the Foreign Minister stressed that a Libyan solution to the Libyan challenges should be found, without the intervention of third parties, who are trying to impose their own parliaments. Diplomatic sources pointed out that Mr. Dendias reiterated the firm position of Greece, a position shared by the vast majority of participants in the Conference, for the complete and unconditional withdrawal of all foreign troops, including foreign fighters and mercenaries. In addition, Mr. Dendias stressed that Greece has taken a number of initiatives, especially in recent months after the formation of the transitional government of national unity. Specifically, Greece was one of the first countries to reopen the embassy in Tripoli and open a consulate general in Benghazi.

After the end of the Ministerial Meeting "Libya Stabilization Initiative", with a statement Nikos Dendias sent the message that Greece today, despite the ambitious efforts of Turkey, returns to the process of normalization in Libya.

The conference was attended by countries that play a role in developments in Libya, such as Egypt, France, Germany, the United Arab Emirates, the United Kingdom, Qatar, China, the Netherlands, Russia, Saudi Arabia and Turkey, as well as neighboring countries such as Libya. Algeria, Malta, Niger, Sudan, Chad and Tunisia. International and regional organizations, such as the Arab League, the African Union, the European Union and the United Nations, also participated. In fact, European countries, such as France, Italy and Malta, were represented at the ministerial level, while Turkey was represented at the level of Deputy Foreign Minister.

On the sidelines of the Summit, Nikos Dendias had a cordial meeting with his Egyptian counterpart Sameh Soukri and exchanged views on the latest developments in Libya with his French counterpart Jean-Yves Le Drian, the Secretary General of the Arab League Ahmed Ahmed Assistant Secretary of State for Near East Affairs Yael Lempert

During his stay in Tripoli, the Foreign Minister went to the municipality of Abu Sliem, Libya's third largest municipality, where vulnerable groups (internally displaced, women and children) live, to visit the area's stadium, which is being rebuilt with Greek funding in the framework of the implementation of the program of the UN High Commissioner for Refugees: "Sport for Peace".