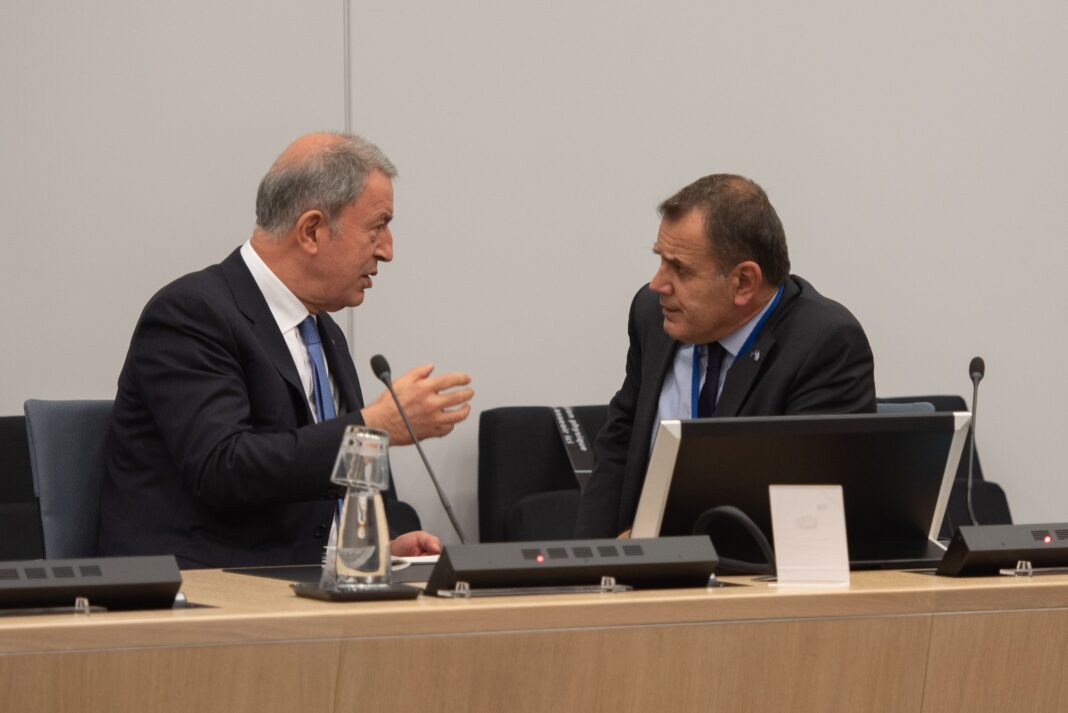 The differences that separate the states on the two sides of the Aegean are many and important. The permanent national positions of Greece and Turkey do not have much in common. However, top government officials in Athens and Ankara, who are in charge of the foreign and defense policies of the two countries respectively, agree that communication between them should not be interrupted and the dialogue between the relevant officials should continue, despite the disagreements. The Minister of National Defense  Nikolaos Panagiotopoulos had (Thursday, October 21, 2021), a brief meeting with the Minister of Defense of Turkey Mr. Hulusi Akar, on the sidelines of the NATO Defense Ministers' Summit in Brussels and at the request of his Turkish counterpart. The Minister of National Defense stressed to his Turkish counterpart that it is useful to maintain open channels of communication between Greece and Turkey, but to take steps in this direction requires improving the climate and adhering to the principles of good neighborliness.

Winter along with high levels of air pollution, can damage your hair and skin. People basically in cities face ...
Read more