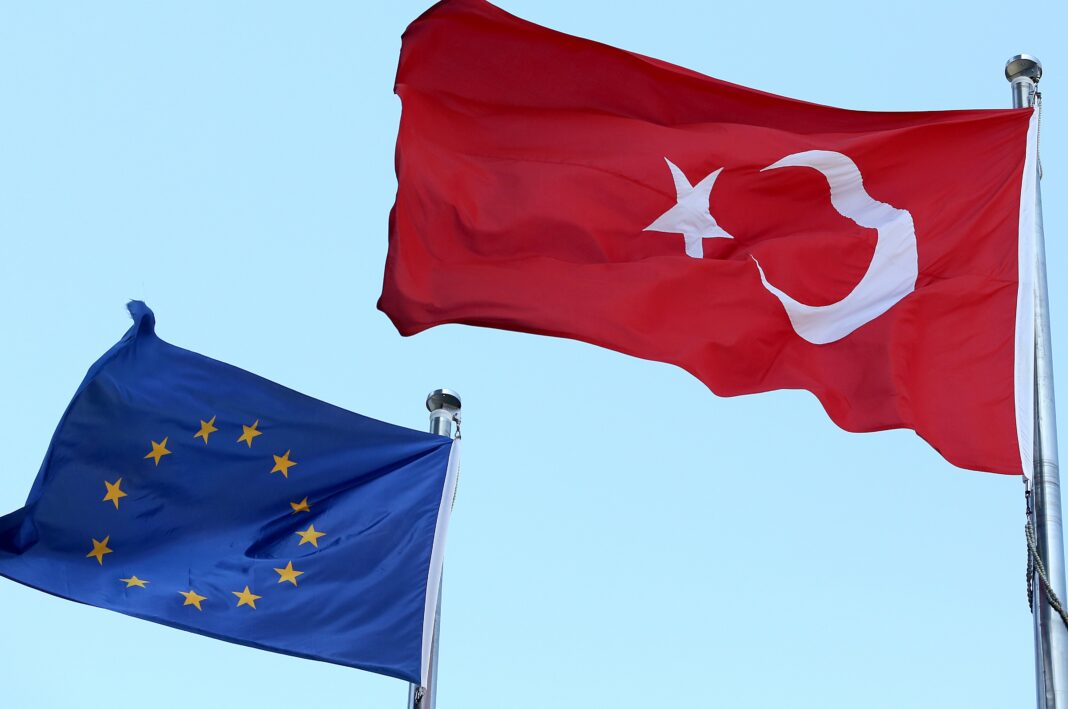 The annual report on the accession countries and the progress they have made was presented by the Commission. Regarding Turkey, it is noted that "the European Council has repeatedly stated that the EU has a strategic interest in a stable and secure environment in the Eastern Mediterranean and in developing cooperation and a mutually beneficial relationship with Turkey." Welcomes the de-escalation in the Eastern Mediterranean and emphasizes: The EU is ready to work with Turkey in a gradual, proportionate and reversible way.

It is pointed out that in case of renewal of unilateral actions or challenges that violate international law, the EU will use all the means and options at its disposal to defend the interests of itself and its Member States. It also expects Turkey to actively support the negotiations for a just, comprehensive and sustainable settlement of the Cyprus problem within the UN framework, in accordance with the relevant UN Security Council resolutions and the principles on which the EU is based, while It should be emphasized that there should be no unilateral action that could increase tensions on the island and undermine the return to talks.

According to the report, there are serious shortcomings in the functioning of Turkey's democratic institutions. The EU's serious concerns about the continuing deterioration of the rule of law, fundamental rights and the independence of the judiciary have not been credibly addressed by Turkey. Turkey must reverse this negative trend as a matter of priority by tackling the weakening of effective controls and balances in the political system.

Regarding immigration, it is reported that Turkey has made some progress. "After the events of March 2020, when Turkey actively encouraged migrants and refugees to follow the land route to Europe via Greece, the situation finally escalated. "Some progress has been made in strengthening the ability to monitor and protect the eastern land borders."

It also notes that "the EU-Turkey declaration of March 2016 continued to bear fruit and Turkey continued to play a key role in tackling migration across the Eastern Mediterranean" and "hosting the world's largest refugee population". It is also reported that the Commission in June 2021 proposed to allocate 3 billion euros in additional aid for Syrian refugees and host communities in Turkey. Finally, the Commission recalls the importance of the continued implementation of the Declaration, including the return and prevention of irregular migration routes. "

With regard to Varos, Turkey must immediately take back the unilateral actions announced on 20 July 2021 and all the steps taken for Varos since October 2020 that run counter to the relevant UN Security Council resolutions.

The report notes that since December 2020, "a more positive dynamic has been observed in EU-Turkey relations following the de-escalation in the Eastern Mediterranean through the cessation of illegal hydrocarbon exploration and drilling activities by Turkey in the maritime zones of Cyprus and Greece and resumption of exploratory contacts between Turkey and Greece in January 2021. These talks should remain a valuable channel of communication between the two sides to find a common ground for the start of negotiations for the demarcation of the continental shelf.

"The March 2021 European Council welcomed these developments. In addition, the European Council reaffirmed that the EU will remain committed to defending its interests and those of its Member States, as well as to maintaining regional stability. The Greek Foreign Minister visited Ankara on April 15th, and the Turkish Foreign Minister visited Athens on May 30-31, where the mutual desire to promote a positive agenda was noted. The Greek Prime Minister and the Turkish President met on June 14 ", it is noted.

It is also stated that "as emphasized by the Council, and arising from the obligations under the Negotiating Framework, Turkey is expected to make a firm commitment to good neighborly relations, international agreements and the peaceful settlement of disputes by appealing, if necessary, to the International Court of Justice."

The report calls on Turkey "to avoid threats and actions that harm good neighborly relations, to normalize its relations with the Republic of Cyprus and to respect the sovereignty of all EU Member States in their territorial waters and airspace, as well as all their sovereign rights, including, inter alia, the right to explore and exploit natural resources under EU law and international law, in particular the United Nations Convention on the Law of the Sea (UNCLOS) ". "Consequently, Turkey is expected to refrain from any hydrocarbon drilling activities in the maritime zones of other countries," it said.

Finally, the reference to the Turkish-Libyan Memorandum states that "the bilateral Memorandum of Understanding on the delimitation of maritime jurisdiction between Turkey and the government of the Libyan National Accord, signed in November 2019, still exists despite the fact that of Greece in the region, violates the sovereign rights of third countries, does not comply with the United Nations Convention on the Law of the Sea and can not produce legal consequences for third countries ".