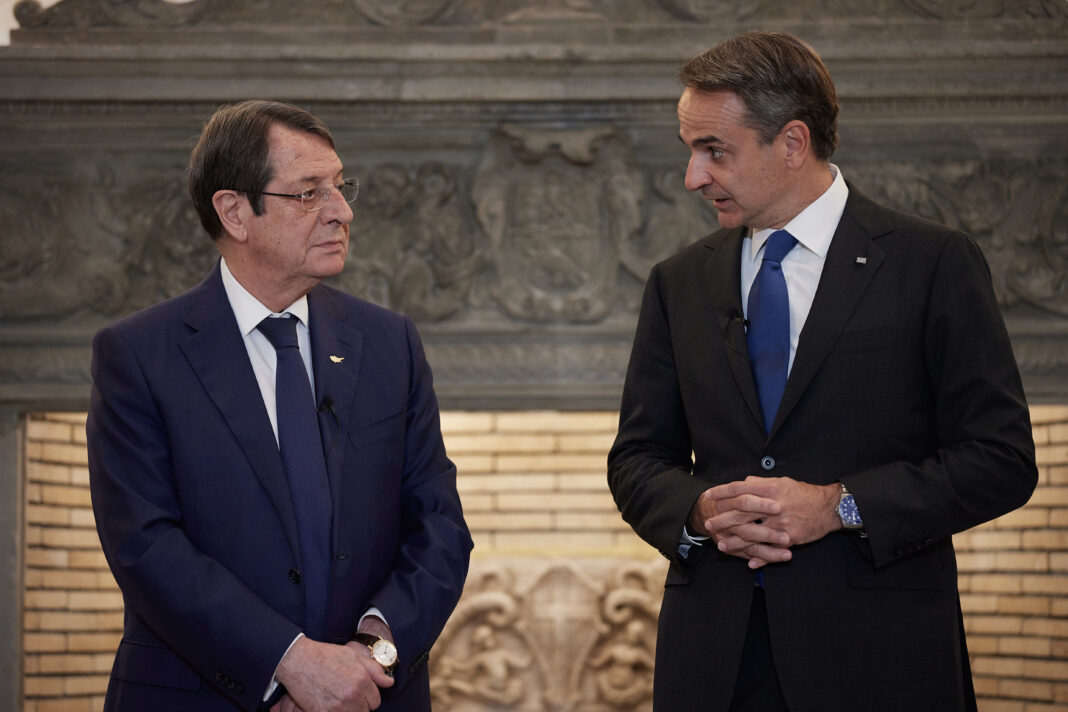 The "intensity of the Turkish provocation which gives us intense concern, indignation", underlined the meeting he had in the afternoon at the Maximos Palace with the President of the Republic of Cyprus, Nikos Anastasiadis, the Prime Minister, Kyriakos Mitsotakis, who spoke about a behavior which is completely out of the context of an agreed solution for the settlement of the Cyprus issue.

He reiterated that no two-state solution could be accepted and that we could not deviate from the substance of the framework, as defined by UN Security Council resolutions.

Mr. Mitsotakis stressed that "the constant provocation, the increase in intensity, is not in line with a constructive attitude that could allow an honest discussion on a complex problem which, however, in the current circumstances is very difficult to solve." .

"To know - once again - that our support is undivided and obviously we always have the opportunity - it happened in the recent Council of Foreign Ministers - to raise the Turkish provocation, especially when it concerns projects, energy, projects funded by the European Union itself and investigations carried out by European ships ", added Mr. Mitsotakis.

The President of the Republic of Cyprus, Nikos Anastasiadis, among other things, spoke about unthinkable prerequisites on the part of Turkey to restart the dialogue and added: a creative dialogue, based on international law, based on United Nations resolutions is the most appropriate. "Any other recipe is a recipe for disaster."

During the meeting, the Prime Minister reiterated Greece's full support for the UN Secretary-General's efforts to resume negotiations on the settlement of the Cyprus problem, noting that the only acceptable framework is defined by Security Council resolutions, which are binding. everyone.

The Prime Minister also briefed Mr. Anastasiadis on the Greek-French agreement on the establishment of a Strategic Partnership and the renewed Mutual Defense Cooperation Agreement with the United States, as well as its importance for security in the Eastern Mediterranean.