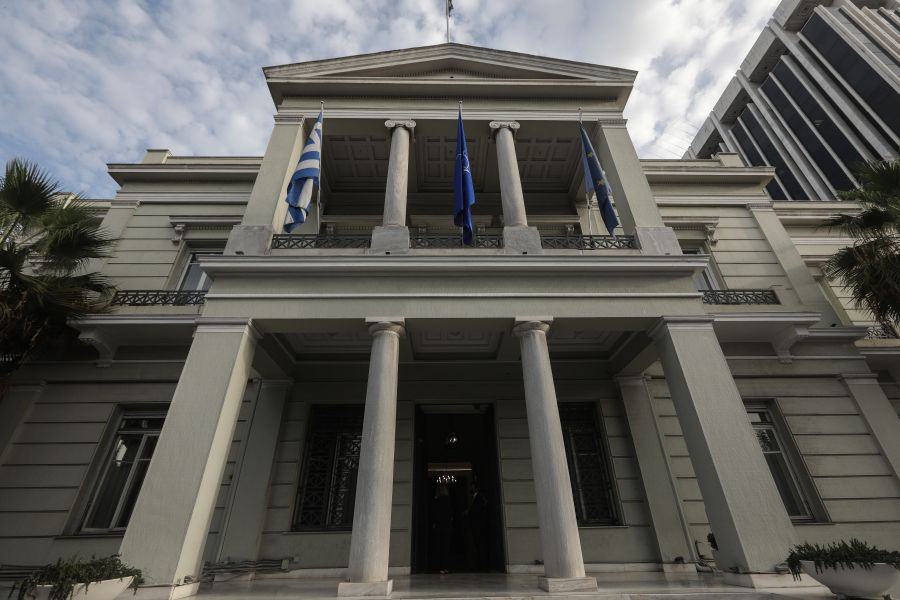 The submission of the options to be drawn up by the European External Action Service and the Commission under the direction of High Representative Borrell in order to be answered by the EU. Turkish behavior awaits Greece and Cyprus. These measures may be presented even at the next Council of Foreign Ministers, next month, as the representative of the Ministry of Foreign Affairs, Alexandros Papaioannou, stated in the briefing of the diplomatic editors.

Greece "does not have a punitive mood", however, he said characteristically and added that the imposition of measures is not an end in itself, all that is needed is to change the behavior of Turkey. The possibility of taking measures, Mr. Papaioannou said, is to send the message to Ankara to change its attitude and behavior. "There is a need to change behavior" both towards Greece and towards the Republic of Cyprus, this is the "stake". The representative of the Ministry of Foreign Affairs also pointed out that yesterday, the Minister, Nikos Dendias, stressed to his counterparts that as the other member states show solidarity with the actions of Belarus, there must be solidarity with Cyprus.

As far as the measures proposed by the EU under Mr. Borrell are concerned, these will be a continuation of the relevant Declaration of July on behalf of the 27th but also of the conclusions of the European Council last March. According to Mr. Papaioannou, it was Mr. Borrell himself who, at yesterday's Foreign Affairs Council, stated that the situation is particularly worrying, as well as that there has been no reversal of Turkey's unacceptable actions. He added that Ankara's behavior creates tension in Cyprus and undermines the resumption of negotiations for the settlement of the Cyprus issue.

In the meantime, Mr. Dendias will travel to Oman tomorrow to hold talks with his counterpart and other officials, which are expected to focus on strengthening bilateral relations between the two countries, as well as developments in the Eastern Mediterranean, Middle East, Gulf region, as well as in cooperation with the Gulf Cooperation Council.

On October 21, the Foreign Minister will travel to Libya at the invitation of his counterpart to take part in the Libyan "Stabilization Initiative", where they have been invited in addition to neighboring countries and those participating in the enlarged composition of the so-called "Berlin Process". Yesterday, Mr. Dendias gave a working breakfast to his European counterparts in the presence of the Libyan Foreign Minister, Naila el Mangous, in Luxembourg, where the political situation in the country in the run-up to the December 24 parliamentary elections was discussed at length.

The advance payment of the heating allowance of 100 - 750 euros will be seen in their bank account until tomorrow night, the households that had ...
Read more
SPORT CITY

The group stage of the Champions League has been completed and the possible opponents of Olympiacos in the play-offs of the Europa League have been finalized if it finishes in the 2nd ...
Read more