V. Kegeroglou: Papandreou's possible candidacy creates new data in the political landscape, any executives who do not accept it go blind 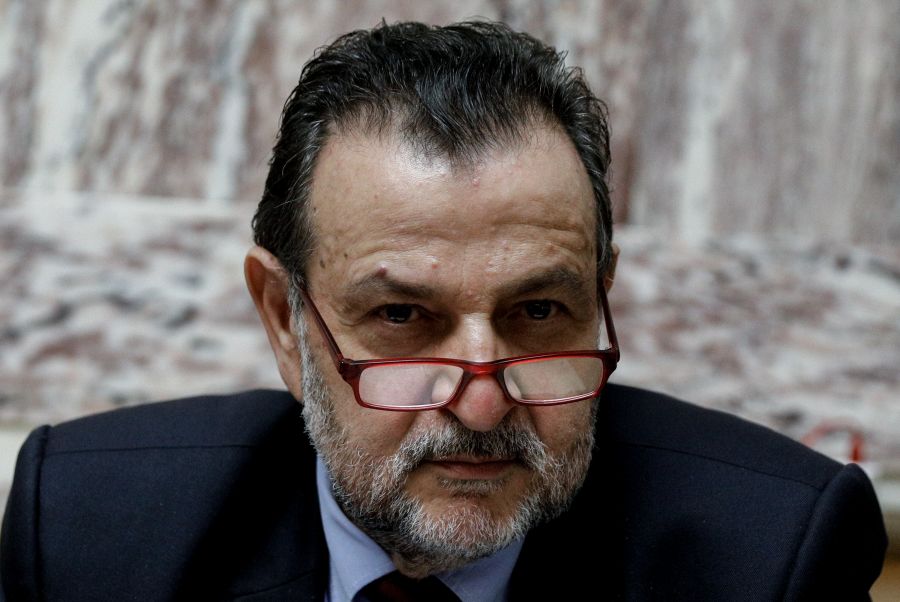 "Possible candidacy of George Papandreou creates new data not only within KINAL but also in the political landscape in general. Any of the executives do not accept it, voluntarilyν » stated in Athens 9.84 and to Giannis Lavranos and Nikos Karoutzos the secretary of the Central Committee of the Movement for Change and candidate for the presidency of the party, Vassilis Kegeroglou.

He stated that he had not spoken about withdrawing his candidacy, but that was how he was interpreted by his statements. "What I said is that after the withdrawal of Mrs. Gennimata, new data were created on the basis of which I submitted my candidacy. of course ενaccepted candidacy of George Papandreou creates new data "

Regarding the number of candidacies, Mr. Kegeroglou stressed that "The many candidates are proof that the party is not discredited. "After the work done by Fofi Gennimata and when she received the party with problems, we managed to double the forces, to reach 8% and this can be the stepping stone to go to the next stage"

The Ministry of Health of Turkey announced yesterday Thursday that in the previous 24 hours 21.747 cases of SARS-CoV-2 were confirmed after 354.385 tests, with the ...
Read more
WORLD

Italy: 50-year-old presented to get vaccine against new coronavirus with… fake silicone hand

The news that a 50-year-old man in the city of Biella in northern Italy went to get the vaccine against the new coronavirus causes a sensation in Italy ...
Read more
984

Tragedy off Kos: Shipwreck with two dead and three rescued

A speedboat carrying five foreigners (four men and a woman) capsized due to high waves and poor handling in a sea area northeast of ...
Read more
984

Crete: Police officers of the Ministry of Internal Affairs found a little girl in a cardboard box

A little girl abandoned alone in a cardboard box was located by the police of the DI.AS team during their patrol around the park ...
Read more
GREECE

Meeting of Mr. Mitsotakis with the president of the People's Party of Spain

The pandemic, the vaccinations, the Recovery Fund and the course of the European economy were at the center of the dinner that the Prime Minister, Kyriakos, had tonight ...
Read more
GREECE

The Golden Jubilee of the United Arab Emirates celebrated tonight at the Athens Concert Hall, in a brilliant event, while observing the measures for ...
Read more
News Bulletin Athens 9.84

Global concern about the Omicron mutation of the coronavirus. 79 confirmed cases in European Union countries. All 14 flight passengers were vaccinated ...
Read more

It returns, from tomorrow, Friday, December 3, 2021, and for every Friday and Saturday, the extension of the operating hours of the fixed-track means on the lines ...
Read more
IT HAPPENS IN ATHENS