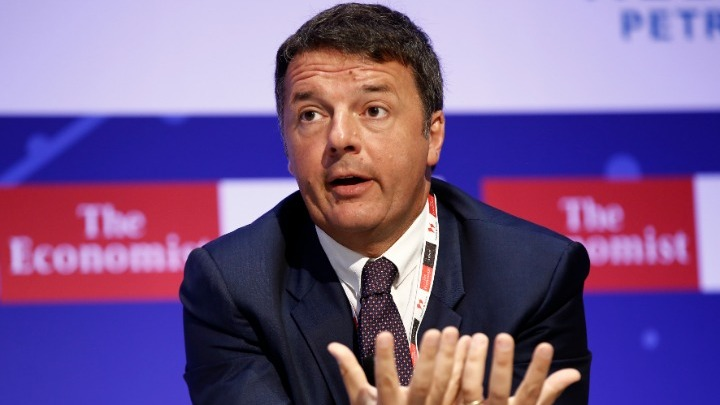 "For every euro we invest in security, we must invest one euro in culture," former Italian Prime Minister Matteo Renzi told the Economist conference, stressing the responsibility that, due to their historical past, Italians and Greeks.

Matteo Renzi spoke about the many and varied challenges facing Europe today - from demographics to the quality of democracy. He cited a series of data, stating that half a century ago one million children were born every year in his country, while today this number has been reduced to 400.000.

He also reminded that the three largest EU countries, Germany, Italy and France, have the same population as Indonesia and that the population of Nigeria alone will exceed in a few years that of the whole of Europe.

However, as he later noted, an even bigger problem than the demographic one is the challenges that democracy faces today. "Countries that believe in democracy are dwindling year by year," he said.

"China and Russia are taking advantage of this mistrust to increase their influence," he said, adding that another "challenge to democracy" was "living the dictatorship of likes." In this volatile environment, he added, Europe has a duty to keep the vision of culture alive. "We will save the world if we can preserve the heritage of the past," he said.

Asked if there is a leadership gap in Europe, Matteo Renzi said that Angela Merkel was the leader of Europe for the last sixteen years and that with her withdrawal the French elections become of special importance. He added that the Greek prime minister is highly regarded in European capitals, and that the most important leader in Europe at the moment is the Prime Minister of Italy, Mario Draghi.

Finally, he fired shots at Turkish President Tayyip Erdogan over the Turkish army's use of force against the Kurds in Syria.