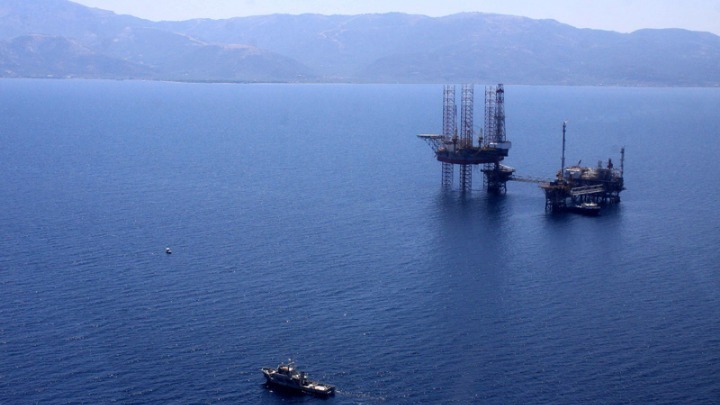 The Hellenic Hydrocarbon Management Company (EDEY) is considering incentives for oil companies to proceed with the exploration of hydrocarbons in the areas that had been granted in previous years.

According to EDEY estimates, hydrocarbon reserves in Greece are estimated in quantities equivalent to those of the giant deposit "Zor" discovered in Egypt in 2017, or worth 250 billion euros. However, the existence of stocks and the confirmation of their exploitation economy presupposes the implementation of surveys and drilling.

These emerge from statements by the CEO of EDEY, Aristophanes Stefatos, who clarified that the estimates are based on the initial findings of the companies-concessionaires of the Greek plots and with a success rate of 20% in drilling and an oil price of 5-60 barrel.

Speaking at a company event, Mr. Stefatos noted that EDEY is pushing for the implementation of drilling in the areas that have been granted, while for the sea areas of Crete, where the deadline for seismic surveys expires in the fall of 2022, is in dialogue with investors (TotalEnergies, ExxonMobil, ELPE) and in search of incentives to speed up processes.

Mr. transport of platforms, electrification of pumping with renewable sources), electricity generation with natural gas (prospect of supplying their units at a controlled fixed cost from domestic gas production, if any), storage of natural gas and / or carbon dioxide in depleted deposits, the production of hydrogen from desalination and its channeling through natural gas pipelines etc.

The CEO of EDEY underlined that the policy of carbonization of the economy with the shift to renewable sources and the increase of the financing costs of the hydrocarbon sector have created "cracks and strategic revisions" in the oil companies. He added, however, that the gas industry is an important opportunity for our country as natural gas will be necessary in the energy mix until the full prevalence of renewable sources and in addition, infrastructure (pipelines, etc.) will continue to be used for hydrogen transport. which will largely replace hydrocarbons.

As Mr. Stefatos said, "International demand for natural gas is expected to increase over a 20-year horizon, due to its role as a fuel bridge to the transition to RES-based energy systems. This is especially true for Greece, given that the current National Plan for Energy and Climate provides for a 40% increase in demand for natural gas. It is therefore clear that gas is called upon to play a critical stabilizing role in achieving the emission reduction targets. Its use does not compete with the targets for the penetration of RES. Today it is perhaps more important than ever to highlight the benefits that could result for Greece from the "capitalization" of its potential gas reserves. This is because the development of the research and development sector of the country's natural gas fields could contribute to the green transition and the strengthening of security of supply, in combination with the exploitation of important economic and geostrategic opportunities ".