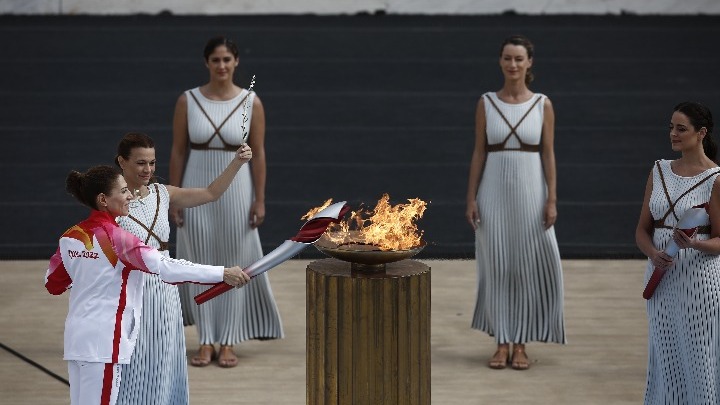 The Olympic Flame was handed over to the organizers of the Winter Olympics, which will be hosted next February in Beijing.

During the traditional ceremony, at the Panathinaiko Stadium, the president of the Greek Olympic Committee, Spyros Kapralos, handed over the Olympic torch to the vice-president of the organizing committee of "Beijing 2022", Yu Zaiking, who then lit a red lamp in the colors of 2022 Winter Olympics.

"The Olympic Flame will travel to the Great Wall and other parts of China, bringing with it the light of peace and friendship," said the Chinese official, adding: "China aims to host safe and wonderful Games."

Then the Flame will be transported by a special charter flight from the International Airport El. Venizelos, to Beijing.