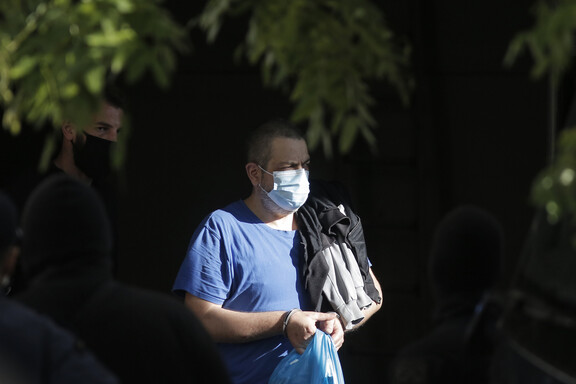 The Supreme Court is examining an appeal in the decision to release George Patelis, chief of Nice of Golden Dawn, involved in the murder of Pavlos Fyssas, one year after the conviction of the criminal organization. Prosecutor Vassilis Pliotas, after the uproar of reactions, asked to be informed about the reasons that led the five-member Athens Court of Appeals to take the decision to release Patelis on parole.

Earlier the defense attorney of the Fyssas family in the Golden Dawn trial, in an interview in Athens 984, had called the aforementioned decision provocative.

"It is provocative on many levels, both in terms of Justice and for the relatives of the victims. At the same time, it is a discrediting of the court decision, a year ago " said Mrs. Eleftheria Tompatzoglou on the show DAMES and Eleftheria Koumantou and Eleonora Orfanidou.

He stressed that "It is not uncommon for people who have been convicted of such offenses to be suspended for such a short period of time." estimating how "The way is opened specifically and only for the rest of the Chrysaugites and not for other prisoners, towards whom all austerity is exhausted."

He added that the favorable treatment of the Chrysaugites by Justice is not something new. "From the justification of the prosecutor's proposal, which was adopted by the headquarters and for the specific circumstances, we understand how positive the specific judges were towards the specific detainees. "I can not think of anything else."

According to Mrs. Tombatzoglou, ""Any detainee may rely on anything his or her lawyer deems appropriate for him or her to say in order to obtain a grant of suspension, such as psychological problems for himself or herself or his or her child."

And note that "In this case, what he claimed and invoked is a common problem, which occurs in most of the detainees with families, either due to lack of paternal or maternal presence, or due to financial problems, from the stay of a family member in prison."

Concluding, he stressed that "Never, however, does Greek Justice appear so lenient."

The candidate for president of Corfu called on all Greeks to vote in the upcoming elections for the presidency of the Movement for Change ...
Read more
984

Episodes occurred in Toumba when PAOK fans entered the stadium shortly before the end of the eternal match of the co-capital. The teams left and ...
Read more
SPORT CITY

Grief in the local community of Oropos, for the unjust loss of two elderly people, an 88-year-old man and a 79-year-old woman, who were found dead, by a private ...
Read more