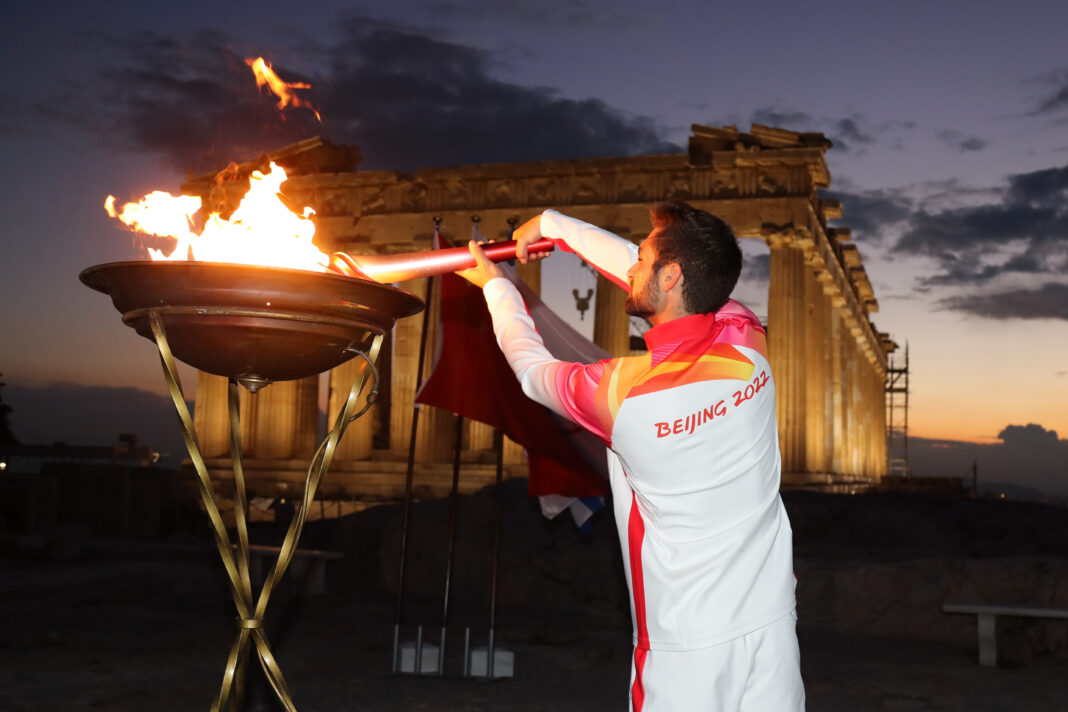 From the hands of the gold medalist of Tokyo in rowing Stefanos Duskos, the altar on the Acropolis was lit with the symbol of Olympism sending its timeless messages from the emblematic monument of Athens and Greece.

The Olympic Flame for the Winter Olympic Games "Beijing 2022" was handed over to Stefanos Dusko, the sailing champion Ariadne Spanaki.

On Tuesday, October 19, at 12:00, the Panathinaikos Stadium will host the Olympic Flame Delivery Ceremony to the Organizing Committee "Beijing 2022".

One in eight children in the world - in other words over 300 million - lives in a war zone and may be forcibly recruited, warns ...
Read more

Australia: victim of sexual harassment or intimidation one in three parliamentary staff

One in three workers in the Australian Parliament has been sexually harassed or intimidated, a report released today has revealed. The Australian Prime Minister Scott Morrison, who ...
Read more
NEWS

State and local governments in the United States provided more than $ 2,8 billion in emergency rental assistance to more than 521.000 tenants in October, as announced ...
Read more
WORLD

Solar wind and space dust may explain how water was created on Earth, according to new study

A new study of space dust shows that water on Earth may have once been created in space with the help of solar ...
Read more
GREECE

In the "white" the mountains of Trikala and Karditsa

Snow covered the mountainous Pindos during the night, with the height of the snow ranging from three to ten centimeters. Nine machines of the Regional ...
Read more
GREECE

Patras: Problems in coastal areas of the city from the wave of bad weather

Problems in the coastal areas of Patras are still caused by rainfall, strong winds and strong sea waves. In particular, most problems are recorded ...
Read more
CIVILIZATION

The Christmas World of the SNFCC comes to life on December 1st with the orchestra and choir of El Sistema Greece, ONIRAMA and the bright memories of the visitors. On Wednesday ...
Read more

Ladder of the Open City, with its leader Nasos Iliopoulos and municipal and community councilors visited the area of ​​Rizoupoli and especially the Avenue ...
Read more