In Athens at the end of October, A. Merkel 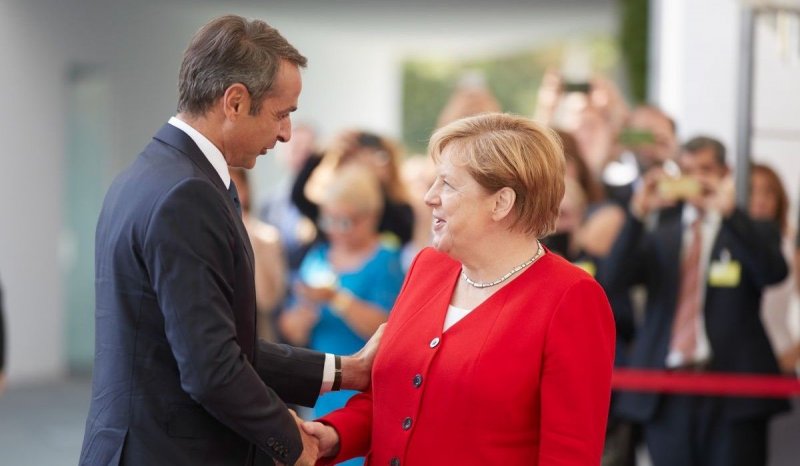 Our country will be visited for the last time as Chancellor of Germany, Angela Merkel, who accepted the invitation of Prime Minister Kyriakos Mitsotakis.

The date of the visit has not been announced yet, however all the information wants Mrs. Merkel to be in Athens at the end of October.

According to the same information, Prime Minister Kyriakos Mitsotakis had invited the Chancellor to a meeting he had with her on the sidelines of the recent EU Summit in Slovenia.

The chancellor, who in December hands over the reins after 16 years at the helm of Europe's largest economy, is making her farewell tour. It is recalled that yesterday he visited Istanbul where he had a meeting with Turkish President Recep Tayyip Erdogan.

Angela Merkel's last visit to Athens was his January of 2019, with Prime Minister Alexis Tsipras and President of the Republic Prokopis Pavlopoulos. While all Greek-German contacts until now concerned the economic crisis, this time the priority was the nomenclature of the Former Yugoslav Republic of Macedonia.

The first was October of 2012 and the second him April 2014, on a "lightning" visit that lasted about 6 hours…

In both cases, Greece had not yet withdrawn from the memorandum, SYRIZA was at the forefront of the demonstrations against the chancellor, while Karolos Papoulias was the president of the Republic.