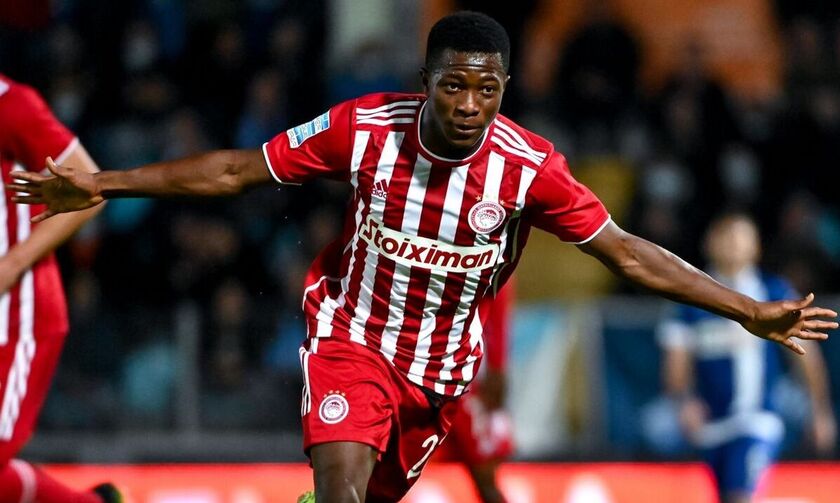 Olympiakos defeated PAS Giannina 2-1 and reached the top after the impressive 4-4 in Toumba, between PAOK and Volos. See results, highlights, score after the 6th match.

With a goal by El Arabi in the 84th minute, Olympiakos defeated PAS 2-1 in Giannina and goes to the derby of the next match with PAOK (Karaiskaki) as the leader in the standings.

AEK caught PAOK and Volos at 13 points. With goals from Araoucho, Tsouber and Vranies, Atromitos prevailed 3-0 in OAKA, in the debut of Argyris Giannikis on its bench.

The game in Toumba, between PAOK and Volos, had an incredible development. From 0-1 the score became 4-1, but the guests managed to equalize, while at 4-3 Vierinia missed a penalty!

First victory for OFI in the championship and even with a reversal! The Cretans prevailed 2-1 over Panetolikos in Agrinio and in the end they had a goal with Durmisai.

SATURDAY MATCHES
In the first game of the day, Asteras Tripolis with the sole scorer Heronimos Barales got its first victory in this year's championship in Rizoupoli (0-1). On the contrary, Apollon Smyrnis still ignores the three-pointer after 6 games.

A little later, Panathinaikos continued the great victories it achieves on Alexandras Avenue. His victim this time was Ionikos, who lost 4-1. The protagonist of the "greens" was Carlitos who scored a hat trick. The fourth goal was scored by Palacios from the white ball and the goal of honor -temporarily equalizer- for Nikaiotes by Sanchez.

The program of the sixth race

The deterrent power of the Army is reinforced with 44 M1117

The first 44 Armored Wheeled Reconnaissance Vehicles (TTOA-ASV) M1117 were received, which constitute the first part of the 1.200 M1117 in total that are granted in Chora ...
Read more
PRESS RELEASES

Ch. Kontoes: Risk of landslides and floods in Eastern and Western Attica from the destruction of 5 hydrological basins

In the aftermath of the nightmarish fires of the summer and in the fluid, constantly changing pandemic situation that we experience, the Athens Observatory under a contract with ...
Read more
IN 1821 IN 1 '

In March 1821 the Greek Revolution broke out. Announcements mark the beginning of the Struggle in cities of mainland Greece but also in its islands ...
Read more
1. PASSPORT

The Supreme Court of Pennsylvania overturned the court decision that had been taken for Bill Cosby, who was accused of dozens of sexual harassments ...
Read more
984

Scientists are concerned about the ability of the new Omicron variant to evade natural immune protection in the first relevant study from the South ...
Read more
984

The committee of experts is meeting today on the issue of speeding up the third dose of the coronavirus vaccine on the agenda. It is noted that the ...
Read more
3. ΕΥ ΖΗΝ

Do you have acne? Before applying the cream for pimples all over the face, you should know that some imperfections can not simply and easily ...
Read more

The established International Christmas Bazaar of the Charitable Association "Friends of the Child", takes place for the 21st year on December 4 and 5, 2021, from 10.00 ...
Read more