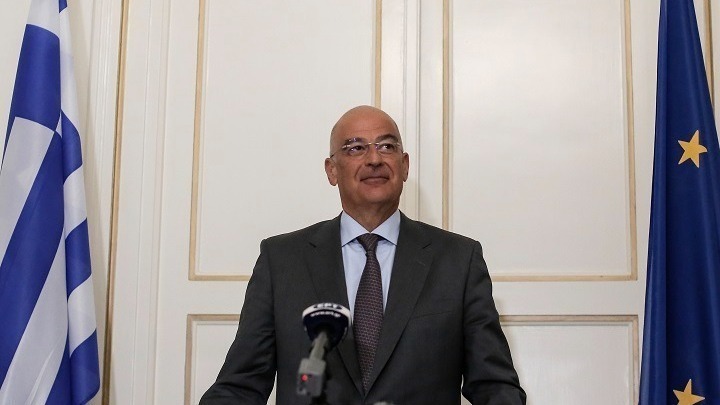 The renewed defense agreement between Greece and the United States upgrades relations to a new level, at which they had never met before, said Foreign Minister Nikos Dendias in an interview with "Kathimerini tis Kyriakis". "They have improved dramatically, without precedent, and have now acquired a strategic character," he said.

The Foreign Minister noted that the Mitsotakis government has invested in this effort, while recalling that both amendments to the agreement were made by the current government and two of the three rounds of the strategic dialogue took place in the last two years.

He added that the five-year renewal "has a positive political and defensive impact on Greece", as the US, as it looks to Asia and withdraws from Afghanistan and Iraq, commits to stationing and deploying forces in Greek territory, for at least the next five years and probably for a much longer period of time ".

"This presence further shields our country from external threats," he added. "If a country plans to take the 'granted step', to attack us, it must take seriously the fact that American troops are stationed in our country."

Mr. Dendias points out that the five years mean that both the current US administration and the next one are committed, regardless of the approach it will have in foreign policy. "So it provides a framework of stability, both for the United States and for us."

"In order to make an investment and pay off, the investor wants to have a long-term perspective," he said, adding that the five-year initial period will allow the relevant funds to be committed and approved by Congress to modernize the facility. in the selected locations, which of course was not allowed by the annual renewal. These facilities will also be used by the Greek Armed Forces. "So the investments that will be made basically benefit the Greek side."

Asked about the time taken for the negotiation, Mr. Dendias reminds that it had already started in 2020 with the previous US government and then it took time for the US to place "key people" in the two ministries that supervised of negotiations.

Regarding why the Americans did not proceed to parking in an island area, such as Skyros, Mr. Dendias clarifies that the Greek side did not submit a proposal for Skyros, but the US side came to the negotiation with an initial proposal, the which included other locations, including Skyros.

"It is not unprecedented in a negotiation for one side to ask for something and then withdraw it. But I will not go into conspiracy theories. "As if the Americans were afraid of the Turkish reaction," he said. Eastern Mediterranean. The agreement allows the selection of other sites in the future. So this choice is not necessarily final. "Besides, the letter of the American counterpart explicitly refers to the possibility that the American forces use Greek islands, for training or operations in the Greek islands".

The Secretary of State points out that the first priority of American foreign policy is the Indo-Pacific region, followed by the Middle East, while Europe follows.

"In this context, it is extremely positive for our national interests that the United States attaches particular importance to our country. They see Greece as a country that can play a leading role in the Western Balkans and their accession to the European Union. "They also treat us as a bridge between the Middle East and the Gulf with Europe." He adds that the particularly good relations that Greece has developed in recent years with Israel and the most important Arab countries play a decisive role, while for this reason in the letter of the American Foreign Minister, there is a reference to the protection of sovereignty and territorial integrity.

"Special mention is made, for the first time, of the need to respect our sovereign rights, based on the International Law of the Sea, which is recognized as a customary law that binds all states. This report is a significant success for our country. It proves that the two countries have a common reading of reality ", he underlines.

Mr. Dendias also states that the Congress, and in particular the Senate Foreign Relations Committee chaired by Senator Menendez, "has taken a clear position on Turkey and in particular its sliding in an undemocratic and anti-Western direction with the will of a large part of Turkish society ", while recalling the particularly praiseworthy comments of the American Foreign Minister, who referred to the" leading role of Greece "in the region.

On the other hand, he adds that "there are officials in the" Administration "who are even more conservative, which has as its primary goal" not to lose Turkey "to the West, bearing in mind the post-Erdogan era. ».

"This approach is rather outdated," he notes. "Today's Turkey has nothing to do with the country it was two decades ago and even more so with the country that joined NATO in 1952. This is left to be assimilated by the bureaucracy in Washington and NATO. And of course, together with our friends and allies, we are making efforts in this direction. "

Mr. Dendias notes that both the Greek-French and the American defense agreement have two very important, diplomatic and defense "weapons". Anthony Blinken's letter is a unilateral US political commitment, while the Greek-French agreement is a legally binding text. However, the text included in the letter of the US Secretary of State also exists in the text of the revised Mutual Defense Cooperation Agreement, which is also a legally binding text, he adds.

"The United States has not entered into any bilateral mutual assistance agreement with a European country," he said. "The only relevant US commitment in Europe is Article 5 of NATO, which was made as far back as 1949. However, even this commitment does not contain automation, such as Article 42.7 of the Treaty on European Union. "France has signed a similar clause only with another European country, Germany, in 2019 as well."

"In a sense, albeit in a different way, one Agreement complements the other in the direction of consolidating the security and stability of our country, as well as the wider region. "And of course, both agreements are not directed against any third party, let alone Turkey, unless Turkey hires itself as an aggressor."

Referring to Turkey, he notes that "with its expansionist, neo-Ottoman and Islamo-centralist policy, it has managed to alienate itself from all the states in its immediate neighborhood. "This is a real achievement that must be taught: how can a country destroy within a few years the relations it has been building for decades."

She states that "despite her late moves, the message we receive from all directions is clear. As long as Turkey does not change its behavior, that is, cease to be the troublemaker of the Mediterranean, threaten war, illegally occupy foreign lands, send troops and mercenaries to countries in the region, and be a refuge and ally of extremist Islamist movements and organizations, such as "The Muslim Brotherhood and Hamas, the scope for improving relations with the countries you mentioned is limited."

Mr. Dendias says that a working breakfast with the Libyan Foreign Minister will be organized tomorrow on the sidelines of the SEU, on Wednesday he will go to Oman, while on Thursday he will be in Tripoli, Libya, in order to participate in the conference on Libya.

Asked about this, Mr. Dendias emphasizes that "there is no leadership issue in New Democracy and it will not exist", while "whoever suggests the opposite is simply" provoking ". "Every time I treat the relevant scenarios with a condescending smile, which emanate from a specific direction and for extremely obvious reasons, even to the politically ignorant", he points out, while regarding the issue of Mr. Bogdanos, he notes that he appreciates what he said in Parliament any other minister in the Plenary would say so. "I just happened to represent the government. I spoke on behalf of the government. " "Personally, what interests me is to perform my duties as Foreign Minister in the best possible way."