Floods and landslides from bad weather in Agrinio and Messolonghi 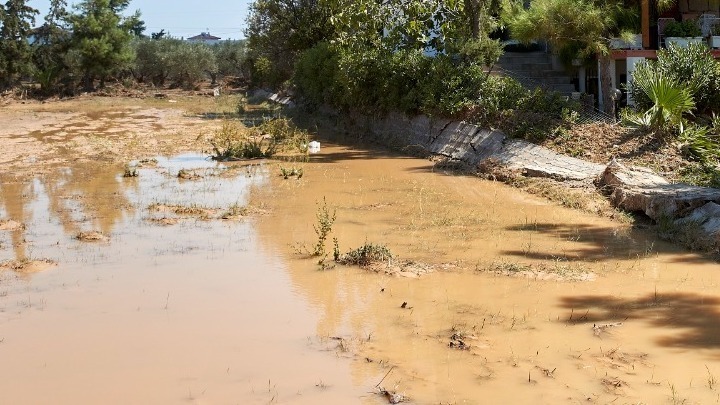 Floods and landslides were caused by the wave of bad weather that hit areas of the municipalities of Agrinio and Messolonghi.

As the Deputy Regional Governor of Etoloakarnania, Maria Salma, told the Athenian-Macedonian News Agency, "two streams overflowed in the area of ​​Kainourgiou in Agrinio, while corresponding problems with floods and landslides are recorded in the areas of Kato Tragana, Aggevros, Paravitros K, Schinos and Zevgraki ".

Also, the Fire Brigade has received more than 20 calls for water pumps and transport of people to safe places.

In the meantime, as Maria Salma stated, "the volume of water that fell in the areas of Agrinio and Messolonghi was large, while all the machines of the Region are constantly working to repair the problems".

AEK was caught in the "tweezers" of Financial Fair Play. According to a UEFA announcement, violations of the "Union" for the period 2014-18 were certified. This development ...
Read more
GREECE

Reservations were expressed by the Administrative Plenary Session of the Council of State for two provisions of the government bill which changes the data of education and ...
Read more