France: One year since the shock murder of teacher Samuel Patti 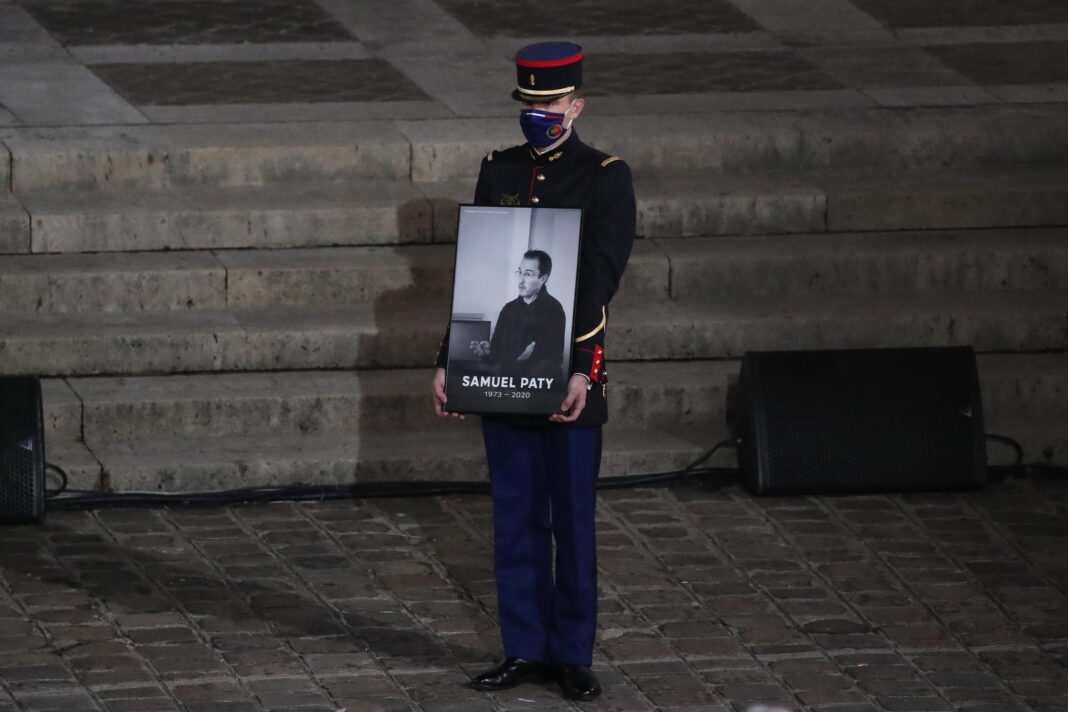 Exactly one year after the assassination of history teacher Samuel Patti, who was beheaded by a young Chechen Islamist for showing sketches of Mohammed in his classroom, France today pays tribute to the teacher, who became a symbol of freedom of expression.

On October 16, 2020, 47-year-old Samuel Patti was stabbed and then beheaded on a street near the Boulevard d'Allen College where he was teaching in Conflanse-Saint-Honorine, a quiet town on the outskirts of Paris, on his way home. of. 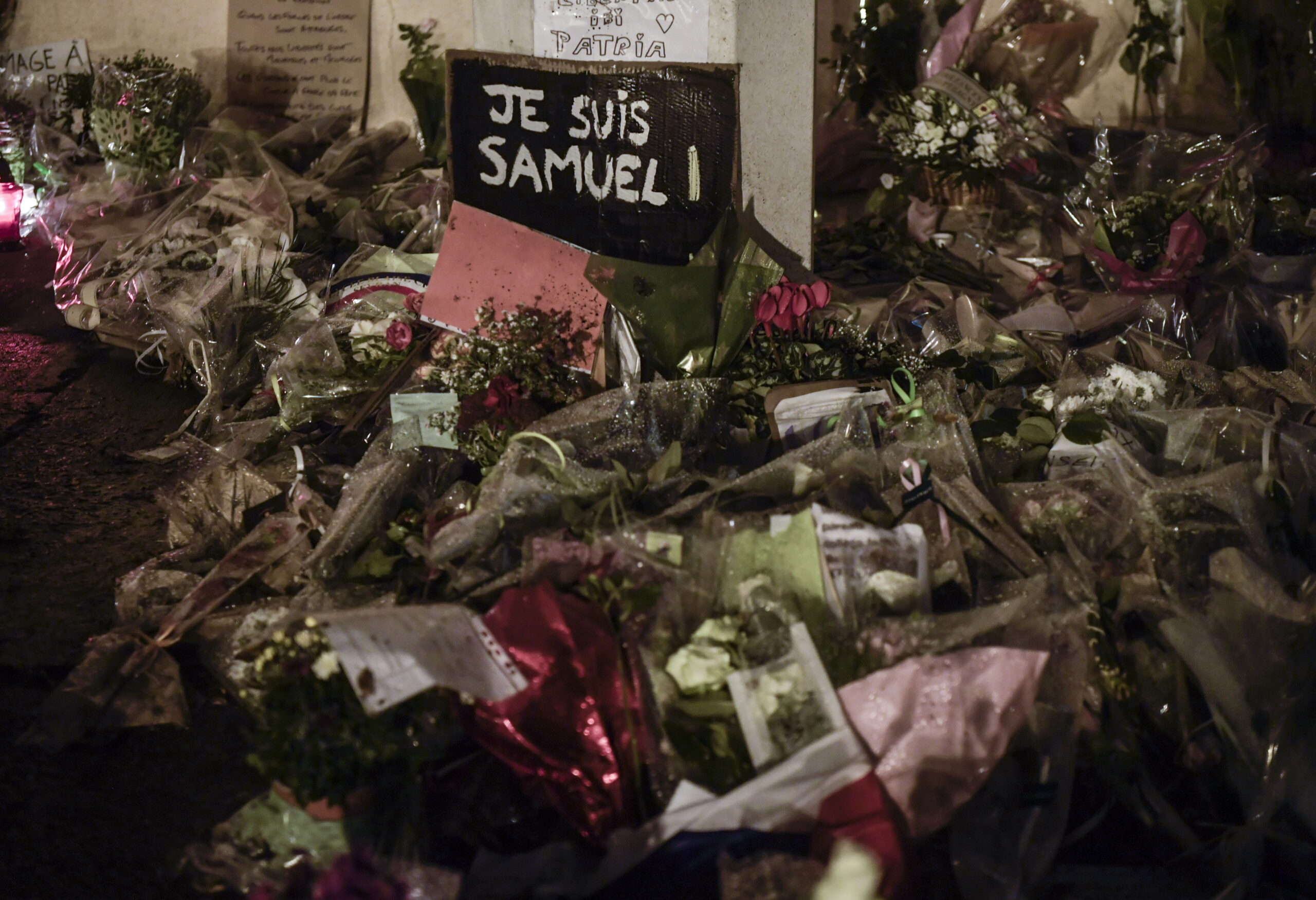 His killer, an 18-year-old radicalized Chechen refugee who was later killed by police, accused him of showing Mohammed sketches in class and paid students to show him who he was.

In this case, charges were brought against a total of 15 people.

Many ceremonies will be held today as a tribute to what President Emanuel Macron had described as a "calm hero" of the French Republic.

The teacher's family will be received by Macron at the Elysee Palace, after which a square in Paris will be renamed after him. A monument in the form of a book will be unveiled in Conflan.

A plaque in his memory will be placed at the entrance of the Ministry of National Education.

The attack had shocked a country already hit by jihadist attacks since the beginning of the decade, and sparked heated debates over freedom of expression, religion, the state's popular character and the right to blaspheme.

Samuel Patti "was looking for a way to make others think," one of his sisters, Gael, told La Croix. To show the sketches of the Prophet Muhammad, the same ones that had sparked the bloody attack on Charlie Hebdo's pension in 2015, was for the educator "the starting point for a discussion," he added.

But they signed his death sentence after a student parent, backed by a militant Islamist, launched a fierce campaign against Samuel Patti on social media.

For a year now, the teachers at Beauvais d'Aln College, shocked, have remained silent, refusing to speak to the media asking them to do so.

However, as the anniversary approached, seven of the college's fifty teachers told the Liberation newspaper and France Inter radio station who "their Samuel Patti" was, always next to his students and always ready to talk to his colleagues: "a man like the others "and not" the myth "that the attack made him unintentionally, said one of them.

Yesterday, Friday, students of the college where he taught, were invited to read their poems about the teacher.

"These poems were nice, but they make me think it would be nice to still be with him. "I would like to know more about him," 14-year-old Guillaume, who had Samuel Patti as his main teacher last year, told the French Agency yesterday.

The college community was also hit by the indictment of five students, who ranged in age from 13 to 15 at the time of the attack and are suspected of pointing the teacher at his killer.

The attack "left us shocked in many ways" and "its impact remains significant," said Jean-Jacques Brou, prefect of the Evelyn district where the college is located.

In terms of security, he adds, "it was a kind of wake-up call for all services, whether it was the Home Office or the National Education, intelligence, analysis or forecasting services."

Netherlands: Couple escaping from COVID hotel arrested on board

The Dutch gendarmerie announced yesterday Sunday that they had earlier arrested a couple who had "escaped" inside a passenger plane at the Sipol international airport in Amsterdam ...
Read more
COVID-19

Omicron variant: The first two cases were detected in Canada

The Ministry of Health of Canada announced yesterday Sunday that, for the first time, two cases of the Omicron variant of the new coronavirus have been identified; these are two ...
Read more
WORLD

Riots in the Solomon Islands: The Fiji Islands are deploying troops

The Fiji Islands will deploy fifty troops as part of a Australia-led peacekeeping mission in the Solomon Islands, where days of unrest ...
Read more
WORLD

Thessaloniki: He killed his wife and surrendered to the police

Swiss authorities announced tonight that they have identified a "possible first case" of the Omicron variant in Switzerland, in a traveler who returned from ...
Read more