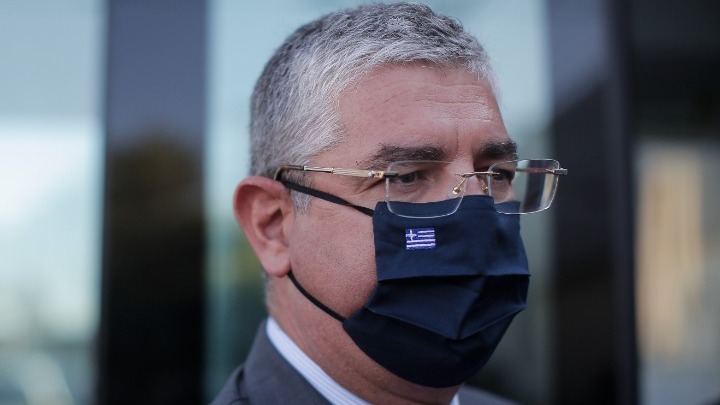 For the next programming period of the NSRF, the "smart municipality" will play a key role, said to Parapolitika 90,1, the Deputy Minister of Development and Investment, Giannis Tsakiris, regarding the conference of KEDE and the NSRF.

"Mr. Pierrakakis will make us all digital, so the municipalities and someone must pay for all this, the largest part will be from the new NSRF and a smaller part from the Recovery Fund," said Mr. Tsakiris.

"We have not ordered anything specific. "First of all, the municipalities are funded through the regional programs by the NSRF for projects that they do through the Regions and it is an important part in small infrastructure projects as well as in social actions from the European social fund, the part again the PEP", he underlined.

"It is a given that the NSRF will not be lost as the existing NSRF does not end with a very good absorption. We should now be over 70% but it is committed there is no resource available for new projects. "There is 'over-commitment', that is, we have more projects included in the budget, we hope to reach exactly the amount of not having to pay with national resources, but to pay again is good because it is an investment," he added.

"We do not lack the vision, we do not lack the money, what we lack over time is the maturation of the projects. Many projects do not mature and can not be entered, although the money is frozen, it is not our fault. As the Ministry of Development and Investment, we have services that help those final beneficiaries, ie those who benefit and do the work. "We can not do projects, we push with technical assistance, with various tools to mature the projects, to be auctioned, to start being implemented and to be paid from European resources", the Undersecretary explained explanatory.

Asked what kind of municipal projects will be financed by the new NSRF, Mr. Tsakiris replied: "For the municipalities it concerns the 'smart cities", from the NSRF it is around 230 million euros but there are other actions that are through the regional programs a municipal road, whatever else it's still too early to tell you the exact number ".

Regarding the municipalities, the Undersecretary noted: "We give the vision and the funding, we can not do the project, the project will be done by the specific municipality. To what you ask me if the mentality of the mayors has changed, I can not answer you, it will be seen in practice. The NSRF is a service to MOD, which is a public limited company paid from European funds whose job is to help weak beneficiaries, which means weak municipalities to do projects but only supportively. If the mayor does not want it, we can not convince him but I think all this smart cities, which we have already been late in Greece to do, is 100% for the citizen. its benefit will be enormous. "

In closing, Mr. Tsakiris noted: "We have a structured program in terms of the NSRF, beginning and end, we know exactly how to start and how to go so that not a single euro is lost and all euros multiply for the economy."

More than 18.000 are dead in Greece from COVID-19, as in the last 24 hours another 104 patients lost their lives. EODY announced ...
Read more
CIVILIZATION

The conclusions of the Working Group of the Ministry of Culture and Sports on Climate Change and Cultural Heritage were presented, at noon on Monday, in a press conference that ...
Read more
COVID-19

At 182 points free test for coronavirus on Tuesday 30 November

On Tuesday, November 182, mobile EODY teams will be in 30 parts of the country and will carry out free coronavirus tests. Version...
Read more
News Bulletin Athens 9.84

Warnings from the World Health Organization that the new Omicron variant of the crown is likely to spread around the world, constituting a "very ...
Read more
GREECE

Problems with ferry services due to strong south winds

Problems have been created in the ferry routes due to the strong south winds that blow today in many sea areas, which according to EMY reach ...
Read more
COVID-19

The Football Societes Anonymes will be faced with criminal liability, which will voluntarily allow the unvaccinated to enter the stadiums, the Minister of Health interjected ...
Read more
984

El Mosialos for Omicron variant: What do we know now, what are the four possible scenarios, what will we know in a few weeks

The situation so far in relation to the new Omicron variant of the coronavirus that has created widespread concern internationally, the possible scenarios for ...
Read more