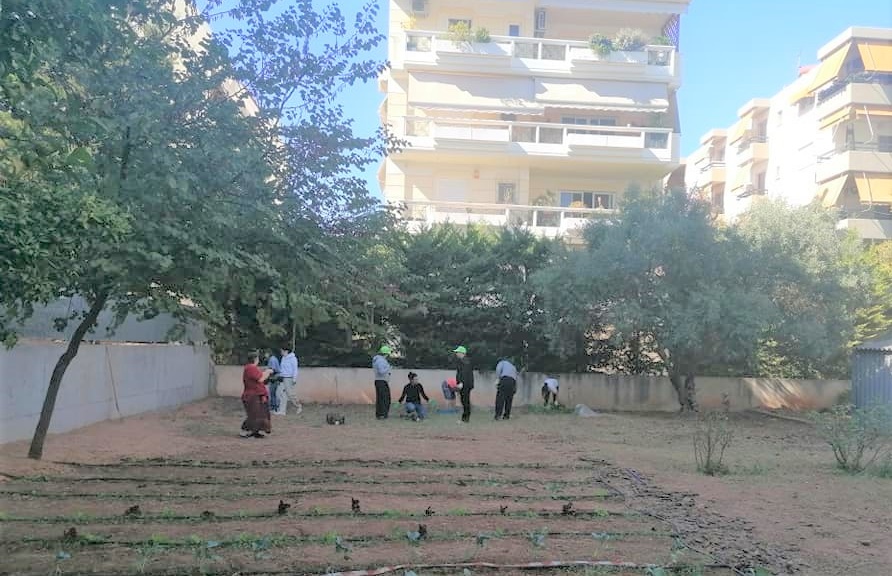 A garden in the urban landscape of the municipality of Papagou-Holargos was created and since last week it produces beauty and action from the people who work it. And these people are people with disabilities working with specialists and volunteers. 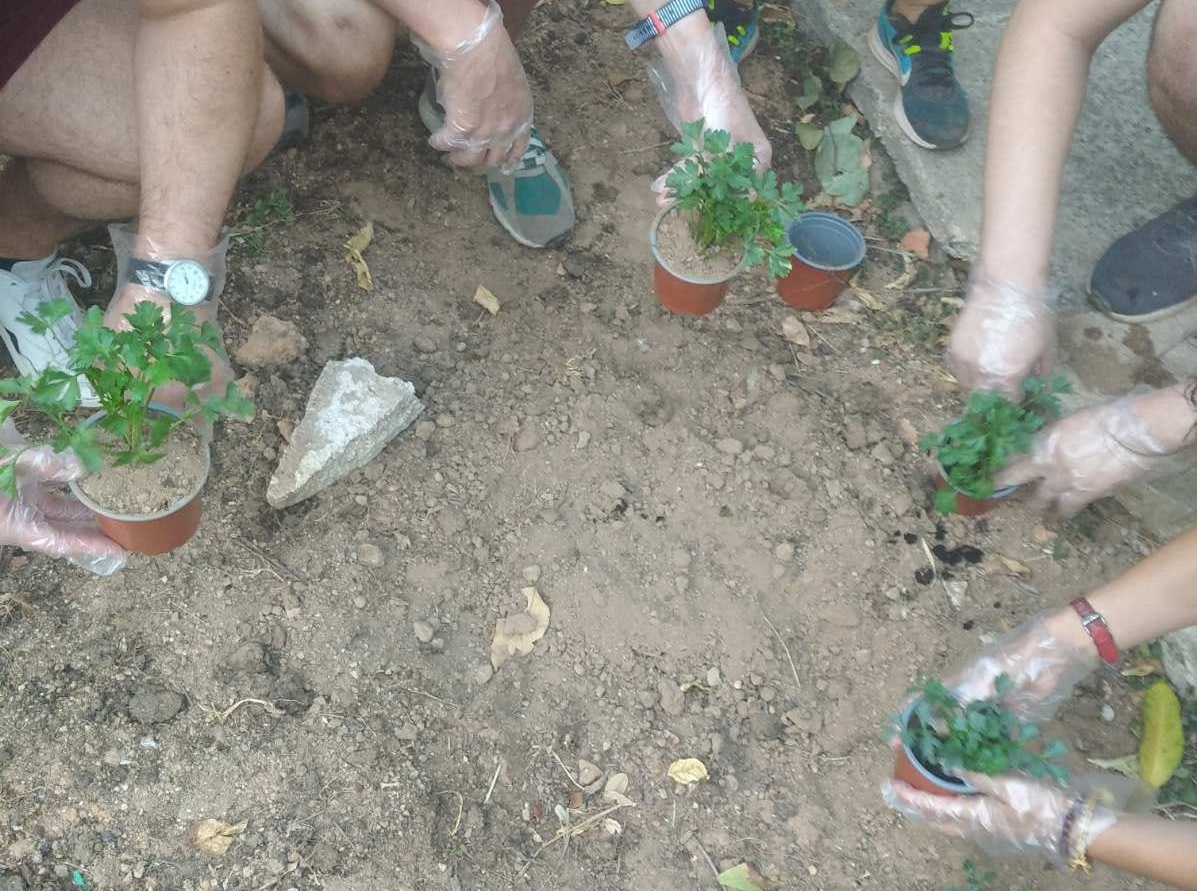 The Municipal Authority utilized the free space that exists just outside the Social Grocery and Pharmacy and together with the Association "Equalact Social, Action for Social Equality-Disabled", aim both at promoting the social and professional integration of people with disabilities, as well as and in promoting volunteerism and environmental awareness.

The "Urban Garden - BIOHABILITY", as it was named, was inaugurated last Sunday and is addressed to adults with disabilities up to 25 years old, who live in the municipality. There are now plantings and crops, while there will be a plant bazaar, the proceeds of which will be used for the needs of the program and the beneficiary growers. 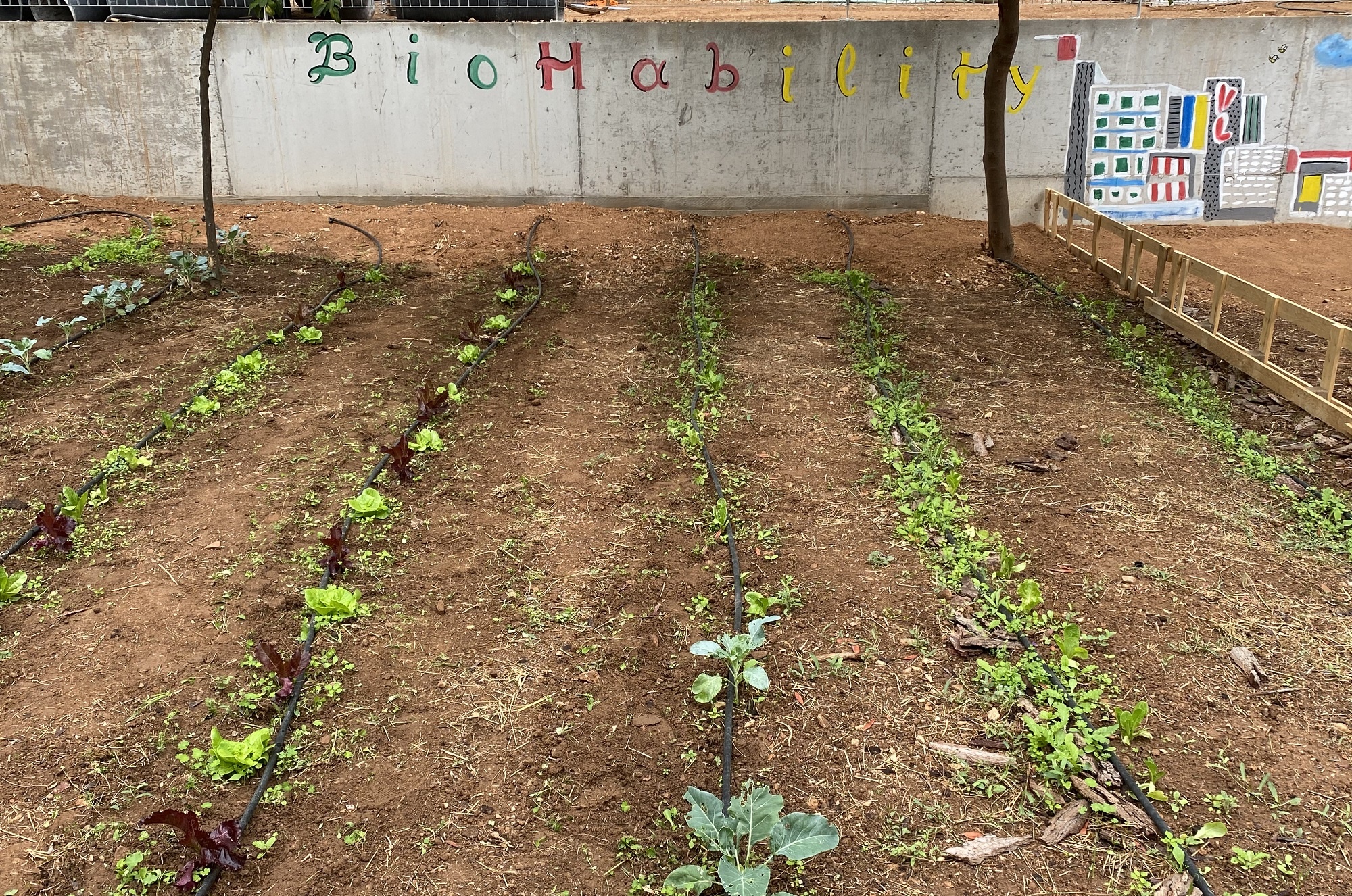 "It is a new project of our municipality, which aims at the social and professional integration of people with disabilities. A program, which is implemented by the municipality in collaboration with the Equalact Social Association and with the support of valuable volunteers, such as psychologist, social worker, biologist, etc. ", says the mayor Elias Apostolopoulos to APE-MPE and then reports :

"Our goal through its creation is employment, the cultivation of skills, the strengthening of ties with the wider community, the fight against social prejudices, as well as the promotion of volunteerism and environmental awareness. The Urban Garden - Biohability, of which we are very proud, is a small paradise, entering which, the first thing you see, is the joy and satisfaction, painted on the faces of those who participate in the program. In any democratic and healthy society, all citizens have the right to autonomous and equal access and participation in all its areas of activity. "Disability should in no case be a deterrent to the personal, professional and social development and action of the person who carries it and this is clearly proven in the garden of our municipality, which has already borne fruit."

And Mr. Apostolopoulos concludes by saying: "All the work in the area, which includes artistic interventions, was done by volunteers and by the beneficiaries of the program, under the supervision of the municipal councilor Maria Dimitriadou-Karasimopoulou and we will gladly accept those "Our fellow citizens want to join this great group of people, either as beneficiaries or as volunteers."

Cup: PAOK is looking for victory-oxygen in Larissa

PAOK, the episodic game and the defeat by Aris, is playing tonight in Larissa, aiming for a good result in its first match ...
Read more
COVID-19

The "monk of the people", the monk Athanasios Hatzis, died of a coronavirus in Ioannina

He passed away at the age of 89, Papa-Thanasis -the "monk of the people" as he was called- a monk, in the monastery of Dourachani, in Ioannina.
Read more
IT HAPPENS IN ATHENS

The first after years of tree planting in Rematia is organized by the Association for Environmental Protection and Rematia Penteli - Halandri, in collaboration with the Associations of Polydrosos ...
Read more
SPORT CITY

Cup: With changes, AEK against Kifissia

With several changes in its original lineup, AEK, against Kifissia in OAKA, wants to clear the qualification for them from today ...
Read more
IT HAPPENS IN ATHENS

The strict restrictions of the new ring, for the entry of vehicles in the center of the capital, bring back to the surface the basic request of the people for ...
Read more
News Bulletin Athens 9.84

The amendment on the compulsory vaccination is being voted on today by the Plenary Session of the Parliament. At one o'clock in the afternoon, the prime minister will proceed ...
Read more
984

Mitsotakis for World AIDS Day: To heal the social scars of stigma

The decision of the government to legislate the full integration in the intangible-electronic prescription of HIV-positive patients receiving antiretroviral treatment and to enable ...
Read more

The strict restrictions of the new ring, for the entry of vehicles in the center of the capital, bring back to the surface the basic request of the people for ...
Read more
IT HAPPENS IN ATHENS

Sanitation mobilization in the center of Athens

Gathering in Mavili Square and march to the Ministry of Health with intermediate stops at the Maximos Palace and the Ministry of Finance, is taking place at the moment ...
Read more
IT HAPPENS IN ATHENS

Municipality of Athens: Two innovative parks for our most loyal friends

Two new parks, exclusively for walking with dogs, are at the disposal of the Athenians from today, in the area of ​​Probona and in Ovrenovic Square, in ...
Read more
CIVILIZATION