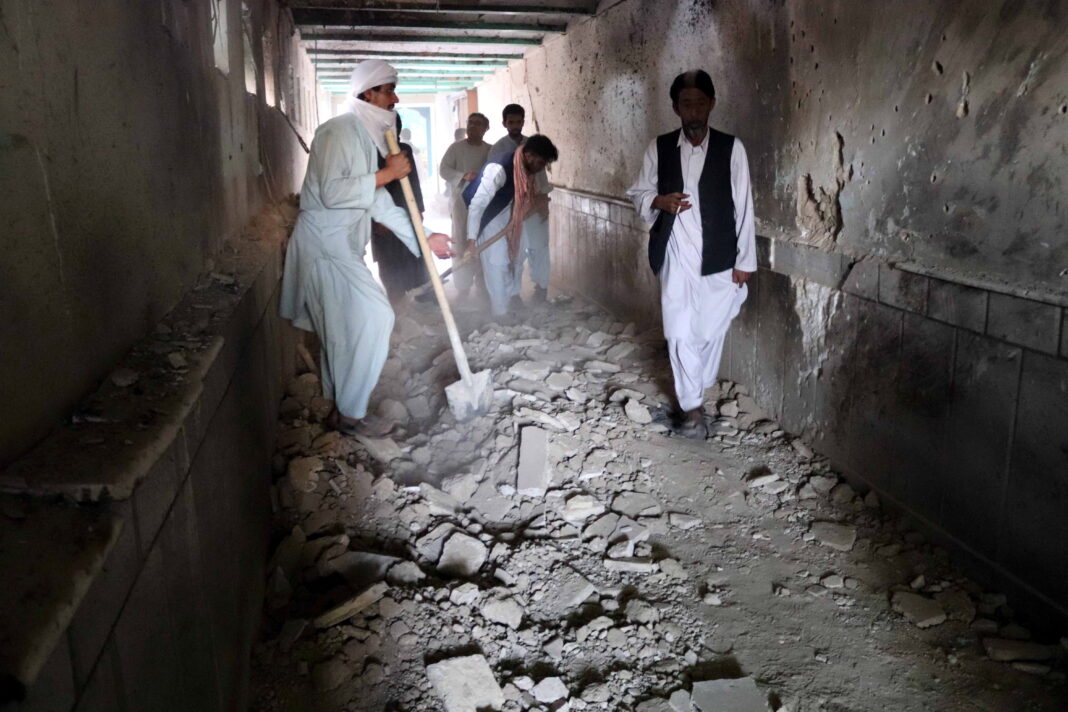 The death toll from yesterday's bombing of a Shiite mosque in the city of Kandahar has risen to at least 63, a source at a local hospital told Russia's Sputnik news agency today.

The number of injured also increased to 83 injured, according to the same source.

Three suicide bombers carried out the bloody attack yesterday in Kandahar, while a fourth was shooting at worshipers at the mosque.

The US-based non-governmental organization SITE Intelligence Group, which monitors the online activities of jihadist organizations, released a statement attributed to the Islamic State of Khorasan (banned in Russia) in which, the said Islamic organization, states that it was behind what characterizes as a double suicide bombing.

It was the second bloody attack by an organization linked to the Islamic State terrorist organization on a Shiite mosque in a week.

The Islamic State terrorist organization has also been banned in Russia.

A bomb blast near a mosque in Afghanistan's northern province of Kunduz has killed at least 60 people last Friday.