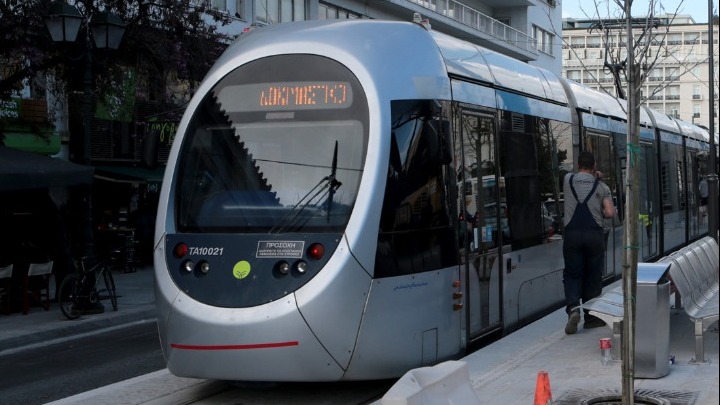 While The tram started operating in the morning and the trains started leaving the Depot, according to with newer announcement of STASY the problems continue today due to the bad weather "Ballos». According to the announcement, the tram trains run as follows: ΑΣKΛ. BOYΛAS - SYNTAGMA - ΑΣKΛ.BOYΛAΣ - TPOKANTEPO AND SYNTAGMA - TPOKANTEPO. A temporary terminal for tram trains is the stop Trocadero, due to water pumping works on the underground bridge in the Faliro Delta

Yesterday flood Phenomena on the streets of Athens had forced the trams to stop operating.

A 51-year-old man was arrested after a chase, who tried to rob an ELTA store, early in the morning, in Koropi. According to ELAS, the perpetrator invaded ...
Read more

Booster doses of Pfizer / BioNTech vaccines reduce by 90% the risk of death from Covid-19 caused by the Coronavirus Delta variant, compared to ...
Read more

From January to July 2022, the National Opera will present at the Stavros Niarchos Hall and at the Odeon of Herodes Atticus five ...
Read more