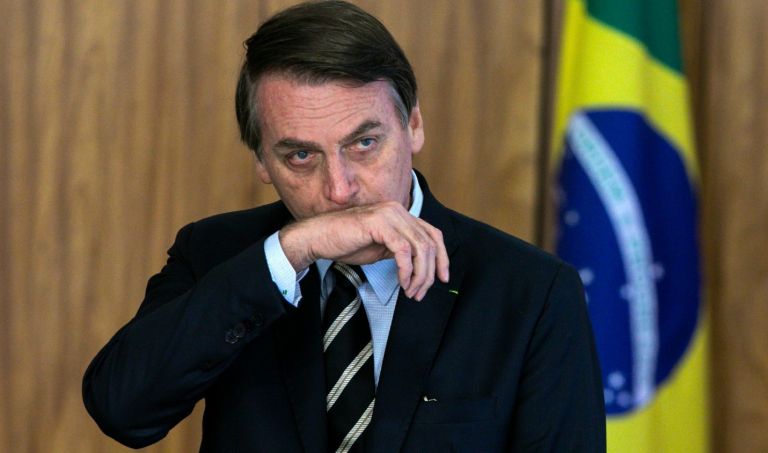 President Zaich Bolsonaro's veto of a law providing for the free distribution of sanitary napkins has caused a stir in Brazil, where many poor women do not have access to basic hygiene products during menstruation.

The hashtag "#LivreParaMenstruar" (free to have my period) has been circulating widely on social media for a week now and many celebrities have spoken out to criticize the October 7 presidential veto.

"In what century do we live? Why do we have to fight for obvious things? They still do not respect us. "Menstruation has been a reality for years in our country," singer Preta Zill, daughter of Gilberto Zill, wrote on Instagram, for example.

"Bolsonaru showed his half-heartedness with this veto. "We can not be silent, we are talking about the dignity of thousands of women," said Marilia Araes, a left-wing MP and rapporteur on the bill, who hopes she can overturn the presidential veto in parliament.

Last night, President Bolsonaro said, during his weekly live speech on Facebook, that he would have to "fight" to find the resources for the free distribution of sanitary napkins in the event of a veto being lifted.

More than 5 million women were to benefit from the law, especially schoolgirls from poor neighborhoods and prisoners.

Zaich Bolsonaru argues that the bill does not provide a source of funding and that it will be forced to "deduct resources from the Health or Education budget".

"I will not raise taxes or create new ones to finance this," he said.

According to the Brazil branch of the non-governmental organization Girl Up, founded by the UN in 2010, one in four teenage girls in the country is forced not to go to school for several days a month, as she "can not spend her period with dignity ».

According to a Unicef ​​report on "menstrual poverty in Brazil", 713.000 girls do not have toilets or showers in their homes and more than 4 million "do not have access to essential school hygiene".

Thessaloniki: He killed his wife and surrendered to the police

Swiss authorities announced tonight that they have identified a "possible first case" of the Omicron variant in Switzerland, in a traveler who returned from ...
Read more
COVID-19

Singer Christiana passed away at the age of 68. Christiana, a singer who had left an era with her amazing voice, the ...
Read more