Meeting of K. Mitsotakis with women MPs and judges from Afghanistan 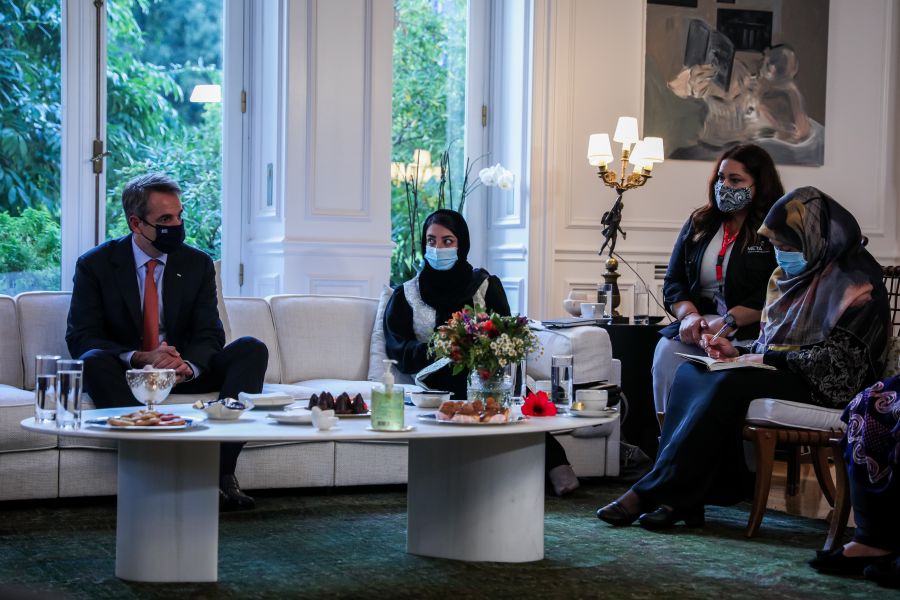 Prime Minister Kyriakos Mitsotakis met with three women lawmakers and three women judges from Afghanistan who were released from their country and the Taliban regime and are currently being hosted in Greece, on Friday afternoon at the Maximos Palace.

"I want you to know that in the context of our activities in the European Union, we will do everything in our power to support the people of Afghanistan. We do not want to legitimize the Taliban regime and we will not. "But we want to help, so that the humanitarian aid reaches those who really need it", stressed Mr. Mitsotakis during the reception of the six women at the Maximos Palace.
The meeting was attended by MP and former Labor Minister Amena Afzali, MP and political activist Halima Askari, Afghanistan's youngest MP, Shagufa Noorzai, Judge and author on human rights issues Ferozan Qasimi; for women and children, Yalda Nasimee, and Judge Zuhal Naseri. 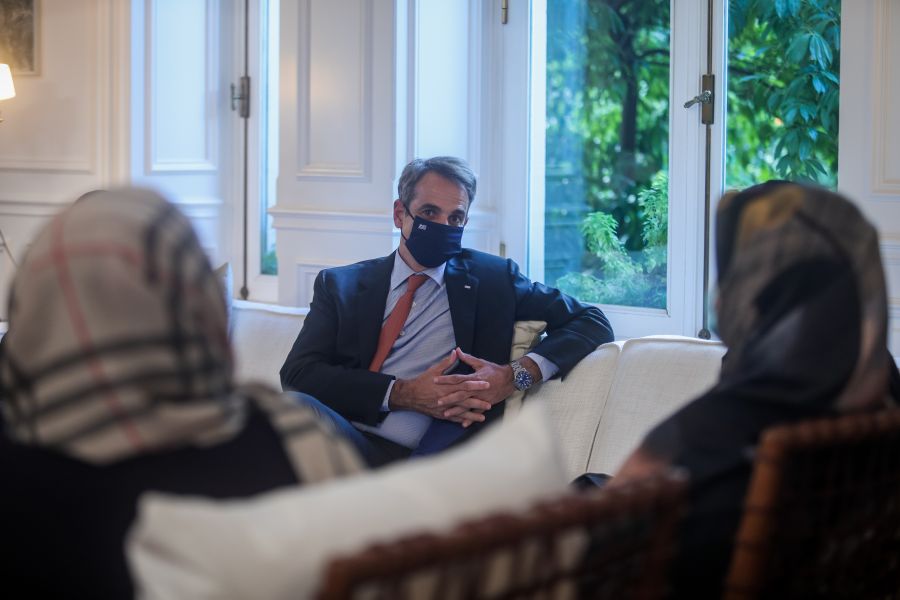 The six women thanked the government and the prime minister for working quickly with foreign countries and a number of international organizations to complete the difficult operation to free them from Afghanistan, as well as Greece and the Greek people for hospitality.

"I want to thank you for everything you offer us. We have been fighting in Afghanistan for 20 years for women's rights, for equality, so that we can be a country like yours, and women have the same rights as men. "Unfortunately, we lost everything overnight," said Shagufa Noorzai, a 28-year-old lawmaker from Helmand province.

"We hope that a day will come when we, through our action, will be able to offer the same things that you offered to immigrants and refugees," he added.

"We have lost all the achievements of the last 20 years. "It is very difficult for us to leave our homeland, our families," said Amena Afzali, a member of parliament and former Labor Minister. "We thank all the countries that helped, especially Greece that helped transport the people who were in great need of protection. "Especially Greece that welcomes us here", he added.

"All the rights we had managed to acquire for many years were taken away from us," MP and longtime activist Halima Askari told the prime minister. Aside from the burning issue of women's rights, Ms Askari stood by the plight of families in Afghanistan today.

"I want to thank you very much for sharing your personal stories in such a moving way. You have all shown great courage, fighting for what societies - like ours - take for granted. "Democracy, equal rights, women's rights", said Kyriakos Mitsotakis

"I want to ask you to keep your hopes alive. Because this is a course that can have many upheavals, many setbacks but may, in the end, have only one end. And in the end, this fight will be justified for you, for your daughters, for your granddaughters ", he added.

From the very beginning, Greece has participated in three operations to free and host vulnerable people from Afghanistan, hosting 11 women MPs and 26 judges and lawyers (a total of 178 people with their families).

Yesterday, US Secretary of State Antony Blinken thanked in Washington the Greek Foreign Minister, Nikos Dendias, for our country's contribution to liberation operations from Afghanistan.