Arrest of 34-year-old for robbery and arson 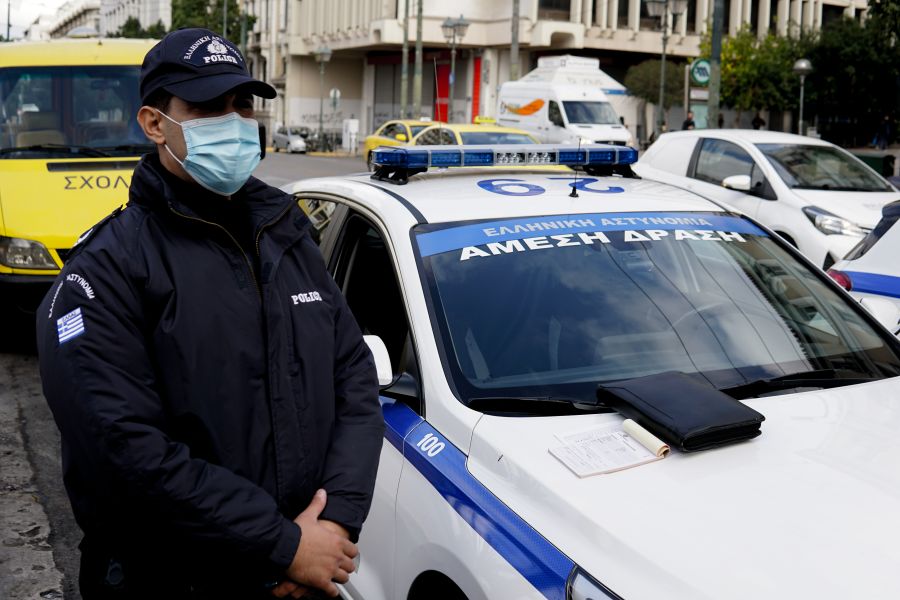 Police arrested a 34-year-old man who is said to be moving in the anti-authoritarian space and to be involved in a robbery of a consignment as well as in an arson attack with gas canisters in a car dealership in the Mediterranean.

According to what became known, the 34-year-old was arrested by police officers of the Property Prosecution Department of the Attica Security Directorate for disobedience.

The investigation of the same service revealed that the 34-year-old has committed the following criminal acts:

- In the afternoon of 10-2-2018 in Zografou, together with his unknown accomplice, having their facial features covered, they immobilized with the threat of a weapon, an employee of a private security service company, during receipt of money from a supermarket and his removed the special securities transfer box.

- Early morning hours of 17-5-2009 with his accomplices, they placed and activated Improvised Explosive Explosive Mechanisms in a car. cars, parked outside and inside a car dealership on Mesogeion Ave. The explosions and fires caused extensive material damage to the dealership premises.

For these two cases, a case file was submitted to the Athens Prosecutor of Misdemeanors and an arrest warrant was issued against him, under which he was arrested.

The arrested person, both with the case file against him for disobedience and for the warrant issued against him for the cases, was taken to the Athens Public Prosecutor, while the investigation for his participation in other criminal acts continues.

Despite being nominated for two Grammy Awards this year, Drake is stepping down to claim the music industry's biggest award. According...
Read more
IT HAPPENS IN ATHENS

"Blood-e", in collaboration with the anti-cancer hospital "O Agios Savvas", carry out blood donation in the municipal market of Kypseli for the needs of the people who ...
Read more
GREECE

New scientific research shows a significant reduction in the birds of Europe Just one month after the publication of the revised Red List of Endangered Birds of Europe, ...
Read more
News Bulletin Athens 9.84

The first meeting of the Prime Minister with the Russian President Vladimir Putin is underway in Sochi, Russia, after the 2019 elections with ...
Read more
WORLD

Turkish President Tayyip Erdogan has stated that he does not recognize European decisions calling for the release of philanthropist Osman Kavala and Kurdish politician Selahattin ...
Read more
984

Epidemiological Map: In deep red Evritania and 26 other areas

Another region of the country enters this week in the deep red (level 5) of the Epidemiological Map, while two regions pass through the orange ...
Read more
984

The Mitsotaki-Putin meeting in Sochi is in progress: What is on the agenda?

Kyriakos Mitsotakis is currently having his first meeting as Prime Minister with the President of Russia, Vladimir Putin, in Sochi. The focus is expected to be ...
Read more

Empty roads and less pollution at the beginning of the pandemic gave way to the gradual return of congestion. The streets of ...
Read more
IT HAPPENS IN ATHENS

Nine digital performances at the Planetarium, seven educational programs and 2 floors with 57 exhibits at the Center for Science and Technology, of the Eugenides Foundation, all sprinkled ...
Read more