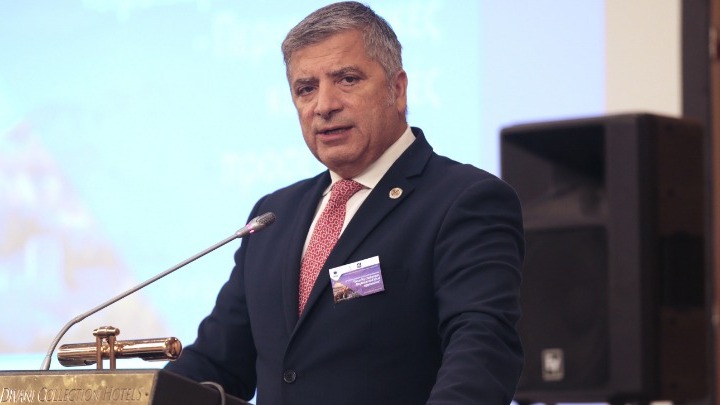 The governor of Attica, George Patoulis, spoke in Athens 9.84 and in Katerina Papavassiliou about the bad weather "Ballos" and the problems that were created.

"Attica" kept "in an extreme physical condition. Σapproved within approx 8 hours we had 1/3 of the annual rainfall regarding the prefecture of Attica. The preparation based on the possibilities, worked, had"If the wells and streams are cleaned and that is why we did not see flooded neighborhoods or cars drifting," he stressed.

For what happened in the estuary of Ilissos on Poseidonos Avenue at the height of the Foundation St. Niarchos, but also the fear of a possible overflow of Kifissos - a reason why the traffic was stopped at night - Mr. Patoulis stated that these problems will disappear permanently in three months, with the completion of the works of the AD Phase of Faliriko Bay, on the coastal avenue. "The two rivers have state-of-the-art catchment collectors and an impeccable drainage system, which will fully ensure the lives and property of the locals, mainly in the municipalities of Kallithea and Moschato - Tavros"

Literature, music, theater, dance and the most modern technology of "Holograms" make possible the stage representation of the fifth, most widely read book in the history of Mankind: o Moby Dick - the ...
Read more
SPORT CITY

The new measures in Belgium for the "Omicron" mutation are very likely to lead to the Antwerp-Olympiacos match being held without people. Without people it is very ...
Read more
IT HAPPENS IN ATHENS

"The big bet for us is the issue of participation. The massiveness of the process is the main tool so that the next day to ...
Read more